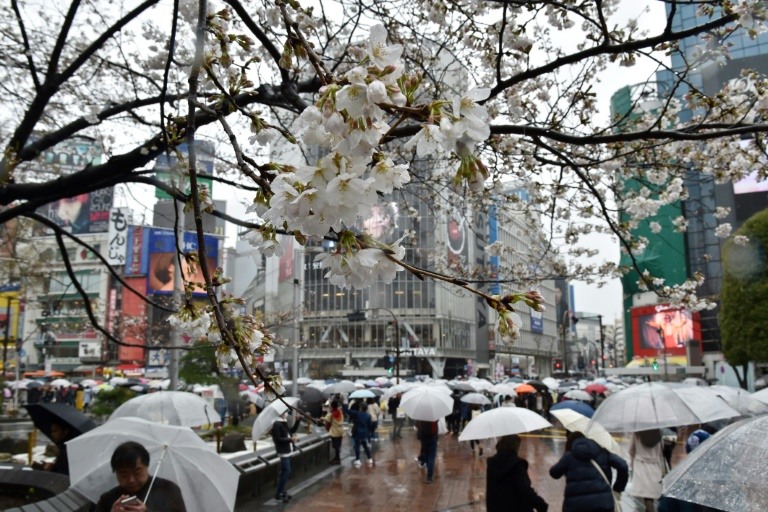 The alien invader is aromia bungii, otherwise known as the red-necked longhorn beetle, which is native to China, Taiwan, the Korean peninsula and northern Vietnam.

The beetles live inside cherry and plum trees, stripping them of their bark. In serious cases, an infestation can kill a tree, and experts are sounding the alarm.

“If we don’t take countermeasures, cherry trees could be damaged and we won’t be able to enjoy hanami (cherry blossom viewing) in a few years times,” Estuko Shoda-Kagaya, a researcher at the Forestry and Forest Products Research Institute, told AFP Thursday.

The beetle was first spotted in 2012 in central Aichi prefecture but has now spread across the region near Tokyo, according to the environment ministry.

Experts say it may have entered in Japan with imported wood materials.

In January, Japan’s environment ministry officially designated the beetle an invasive alien species, meaning its import and transfer are banned.

“The damage will spread further if we don’t do anything,” said Makoto Miwa at the Centre for Environmental Science in Saitama.

He said beetle larva should be killed with pesticide, and trees with serious infestations should be cut down to save others.

The centre has issued a guidebook with details on how to identify and kill the beetle, which grows up to three to four centimetres (1.2-1.6 inches).

“It’s important to cooperate with local residents to get rid of the insect. It takes time and we need many people to check each tree,” Kagaya said.

“And I understand people feel it’s a loss to cut down cherry trees, but it’s important to take action before the damage spreads to other trees,” she added.

The appearance of cherry blossoms is hotly anticipated each year, with forecasters publishing updated maps weeks in advance.