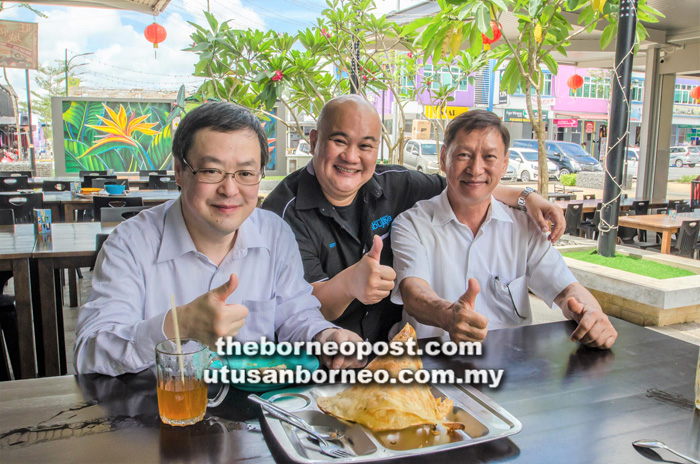 SIBU: Sibu Jaya has all the features to be a prime location for higher education campuses, according to visiting Professor Yokihito Hayakawa.

“The tree-lined streets, the vast land bank, the proximity to the airport and the springing up of government facilities and private initiatives are some of the many factors which make Sibu Jaya an ideal location for higher learning campuses,” he added.

Professor Hayakawa of Japan, who was on a one day visit to Sibu recently, said he was deeply impressed by the township’s layout. He was here at the invitation of the Junior Chamber International (JCI) Seduan to attend a press conference in conjunction with the 2018 Ten Outstanding Young Malaysian programme.

While here, he was first taken on a two-hour visit to Sibu Jaya by JCI past presidents Wong Teck Ung and Eddy Puah.

On Sibu Jaya as a prime location for higher learning campuses, the professor said he was immediately taken to the township as he was driven in.

“It gives you a very relaxing and pleasant feeling, thanks to the landscaping,” he said.

“It isn’t extravagant, which would have given someone the impression that the developer or authorities were trying too hard.It is just right. And once you see the overall development plan, you can see how well thought out this township is,” he said after a briefing at the developer’s office.

Professor Hayakawa is no stranger to Malaysia, having made very frequent visits since 1994. He specialises in the subject of insurance science and business studies related to international trade.

He has been collaborating with several popular Malaysian colleges and a university for several years. Hayakawa said he has always had a soft spot for Sibu, as his initial years as a JCI member had taken him to this town where he had made a lot of friends, who remain close to him to this day.

“I have been requested by Eddy Puah to take a deeper look at how the township can position itself as a hub for education,” he said.

Puah is the senior manager of Distrepark Sdn Bhd, the master developer of Sibu Jaya.