Sunday, September 20
You are at:Home»News»Sarawak»OCPD calls on public to remain as the ‘eyes and ears’ of police 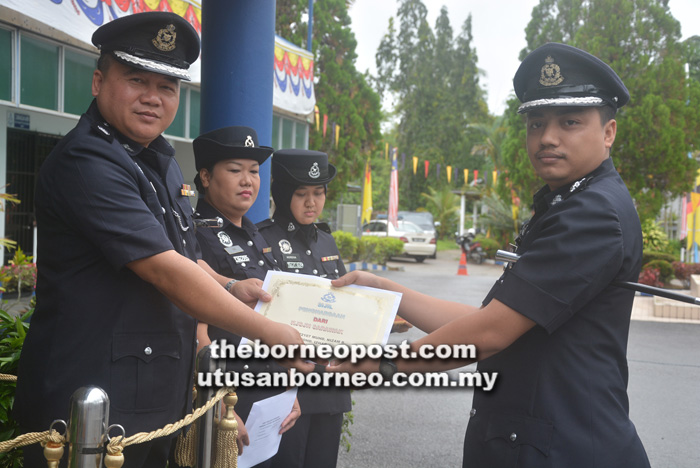 KAPIT: The local community must continue to act as the ‘eyes and ears’ of the police as a way of maintaining peace and security in the district.

District police chief DSP Freddy Bian said such cooperation is vital in keeping crime at bay as any information on wrongdoings provided to the police will be immediately acted on.

“I appeal to the public to continue supporting the police by informing us of any information of wrongdoings here so that appropriate action can be taken as quickly as possible.

“Please continue to be our ‘eyes and ears’. Together, let us maintain the peace and security of Kapit” he said in a ceremony to mark the 211th Police Day here yesterday.

He also called on his men to always keep abreast with the fast-changing physical landscape as well as technological advancement to ensure more effective policing. The ceremony also saw Freddy present commendation letters to officers, rank-and-file personnel, and civilian staffers.