Wednesday, July 28
You are at:Home»News»Sarawak»LRT lines connecting Kuching, Samarahan and Serian to be operational by 2024 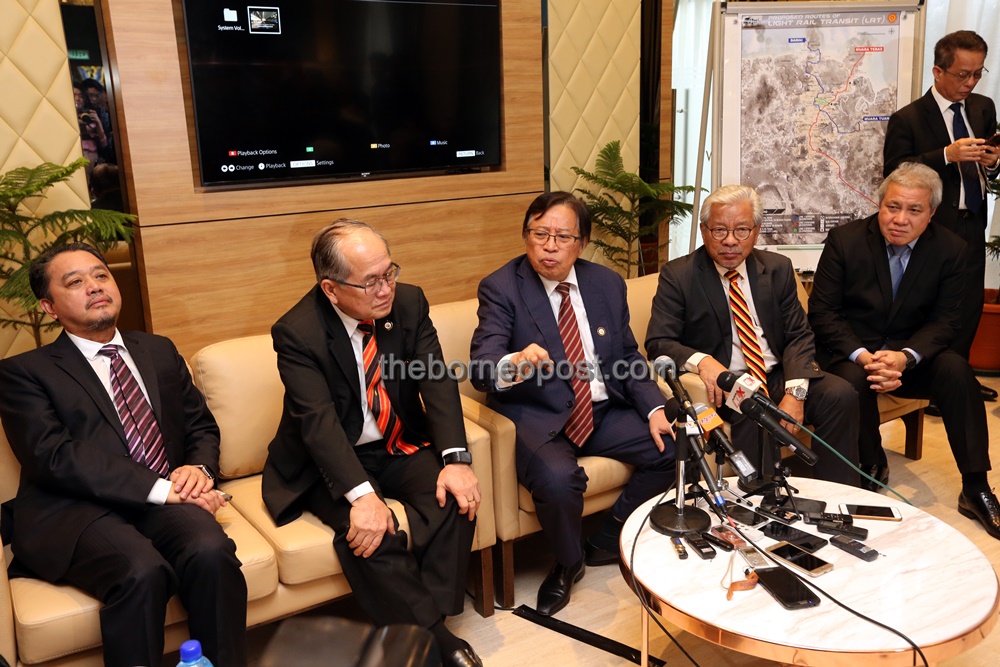 KUCHING: Light rail transit (LRT) lines connecting Kuching, Samarahan and Serian divisions are expected to be operational by the year 2024.

Chief Minister Datuk Patinggi Abang Johari Tun Openg said three of the total six lines have been identified for the immediate implementation of the rail transit system while the remaining lines would be implemented at a later stage.

He announced that the three lines that would be implemented are Line One: Kota Samarahan to Sungai Batu to Damai; Line Two: Serian to Senari and Line Three: City Dispersal Line.

He said the route of Line One covers 48 per cent of current travel demands for Kuching city and is approximately 62.4 kilometres (km) in length with 28 stations.

The line will start at Rembus in Kota Samarahan, where the depot is proposed and end at Damai via Sungai Batu.

The Chief Minister said the Line Two route, which covers 30 per cent of current travel demand for Kuching city, is approximately 82km in length with 26 stations.

“The line will start at Serian via Siburan and will terminate at Senari and will have an interchange station with Kota Samarahan-Damai option at the Simpang Tiga Roundabout,” he told a press conference at Wisma Bapa Malaysia here today.

He said Line Three is approximately 10.8km in length with 13 stations, noting that the proposed city dispersal line would be an at-grade tram system which can better navigate urban streets, has less intrusive stops and integrates well into the concept of a pedestrianised urban landscape.

“The estimated duration for the construction of these three lines are approximately five years, dependent on the procurement strategy and also allowing for long lead items such as Rolling Stock (trains) manufacture and delivery,” he said.

The Chief Minister said the total construction cost for the three lines would be about RM10.8 billion.

He said a government link company, called Sarawak Metro, had been registered to manage the LRT system.