Friday, December 3
You are at:Home»News»Nation»Malaysians are travel bugs — MATTA president 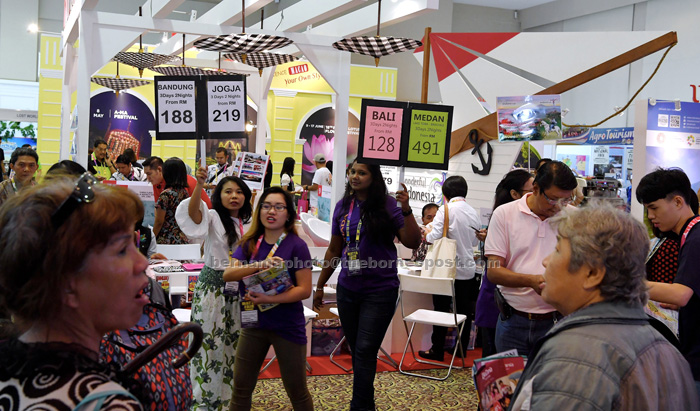 He said for the last five years, the travelling pattern percentage grew by five per cent every year.

“Even though there is a perception that the economy is not booming, Malaysians honestly love to travel. If they cannot go far, they will opt for  domestic or Asean destinations.

“In this Matta Fair, we notice the trend towards cheaper destinations such as China, Taiwan, Hong Kong, Vietnam, Indonesia, Thailand and Japan,” he told a press conference after the opening ceremony of Matta Fair Penang by Bukit Bendera member of parliament Zairil Khir Johari, here yesterday.

He said the strengthening of the ringgit was another factor contributing to increased overseas travel  by Malaysians.

“On the same note, we are also happy that there are many tourists from all over the world coming to Malaysia,” he said.

Earlier, in his speech, Tan said domestic tourism was one of the key anchors in the tourism industry and according to the Domestic Tourism Survey 2016, Penang registered the second highest increase in  domestic arrivals within the country with a total of 189.3 million visitors with growth of seven per cent compared to 176.9 million in 2015.

There are 134 booths at  Penang Matta Fair which ends on April 1. — Bernama