Wednesday, January 26
You are at:Home»News»Sarawak»Heritage centre to be completed by June 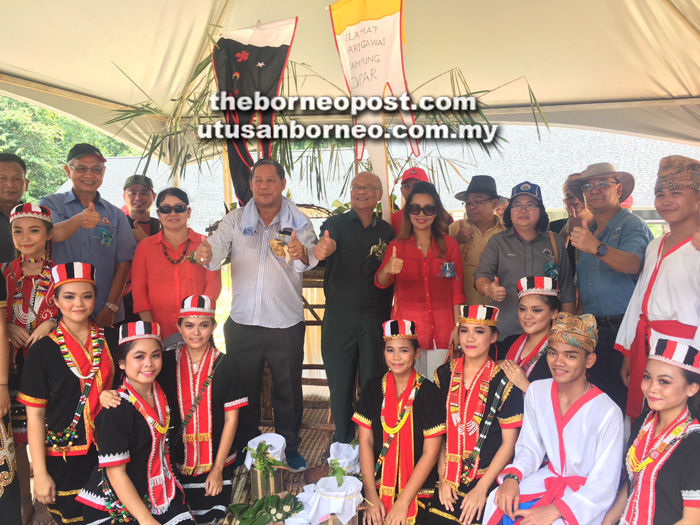 Nogeh, Minos and other guests join the cultural troupe for a photo-call.

The Mas Gading MP said BBHC has the potential to be a top eco-tourism site besides promoting local culture and history.

“Eco-tourism is now the in-thing. I believe the BBHC can attract a lot of tourists, like how eco-tourism sites in other parts of the world attract tourists to their respective countries,” he said.

Nogeh also suggested the setting-up of a mini museum showcasing the artifacts and costumes of the Bidayuh so that visitors can have a feel of the lifestyle of the Jagoi Bratak Bidayuh, who lived on the hill some 750 years ago. 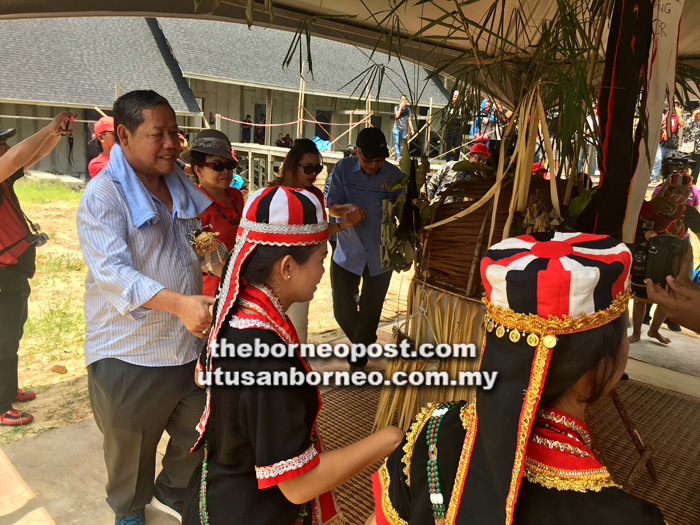 Nogeh and his wife Datin Caroline Sabai (on his left) join the cultural troupe for a traditional dance.

“These include building the old traditional water pipe called the ‘ayak’, for bathing purpose.

“This is so that our younger generation knows what it was like in the old days of their ancestors.”

He also suggested the Bung Bratak Heritage Association (BBHA), which manages the BBHC, to involve the local communities so that they can enjoy the economic spin-offs.

“Once completed, the BBHC will complement the other attractions here such as the Bung Singai. I hope the BBHC will be inclusive, and not exclusive, by involving local communities in selling souvenirs, sale of food and so on,” he added.

Nogeh had earlier trekked up the hill together with his delegation instead of using transport, taking about 30 minutes to reach the site from the foothill.

Meanwhile, BBHA president Dato Peter Minos said the BBHC has been recognised by Unesco as the first-of-its-kind in Borneo to be built on a hilltop.

“We will make it the best ancestral site for tourism in Sarawak and even Borneo,” he said.

He added BBHA will seek more funds to improve the facilities at BBHC once it is handed over by the contractor.

The BBHC was initiated and developed by BBHA, and is fully financed by the Ministry of Tourism and Culture at a cost of RM8 million and constructed by the Public Works Department (JKR) Sarawak through an appointed contractor.

It comprises two traditional longhouses — one for accommodating up to 100 persons and one for a seminar or conference hall, office and mini museum on Dayak arts and culture, among others.

There is also a big ‘baruk’ (Bidayuh traditional round house), a dining hall with kitchen, and a reception hall.

Minos said reasonable rates will be charged to those wanting to stay at BBHC or for rental of its facilities. 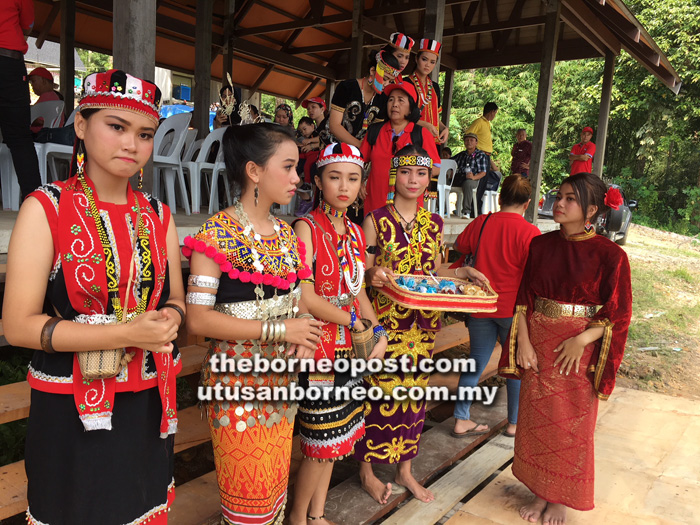 Maidens dressed in traditional costumes await the guests at the reception area on top Bung Bratak.