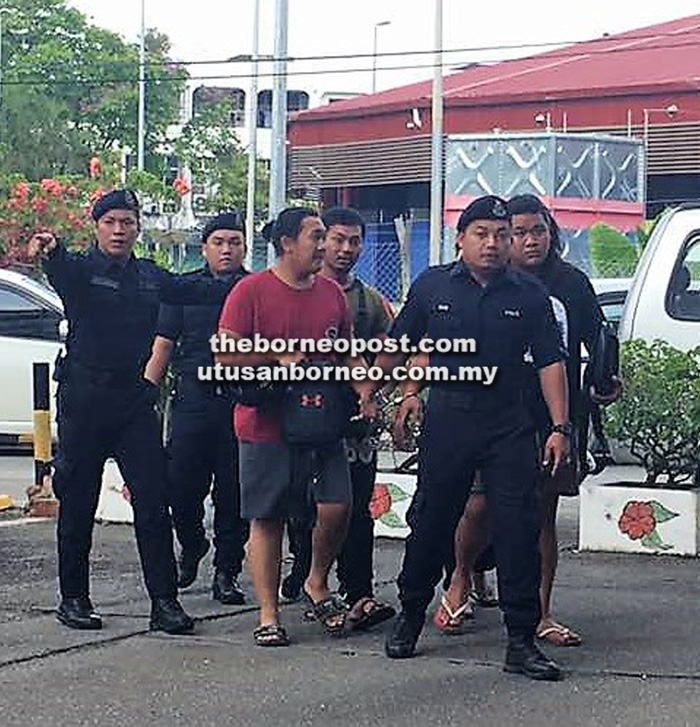 The Bruneians being escorted to the Magistrate’s Court in Limbang yesterday for their trial.

For the first charge under Section 323 for voluntarily causing hurt, they were sentenced to eight months’ imprisonment and fined RM2,000.

For the second charge under Section 353 for using criminal force to deter a public servant from discharging his duty, the five received a 12-month jail sentence and a fine of RM2,000.

The final charge, under Section 447 for criminal trespass, they were sentenced to four month’s jail and fined RM2,000.

The judge ordered the sentences to take effect from the date of arrest last Thursday, and that the fines were in default four months’ imprisonment.

The foreigners committed the offence at the Customs, Immigration and Quarantine (CIQ) checkpoint in Tedungan on Wednesday night last week.

Inspector Sivanesrawan Nadaraja prosecuted while the five accused were unrepresented.