Wednesday, December 8
You are at:Home»News»Sabah»No ban order against Yong – Court 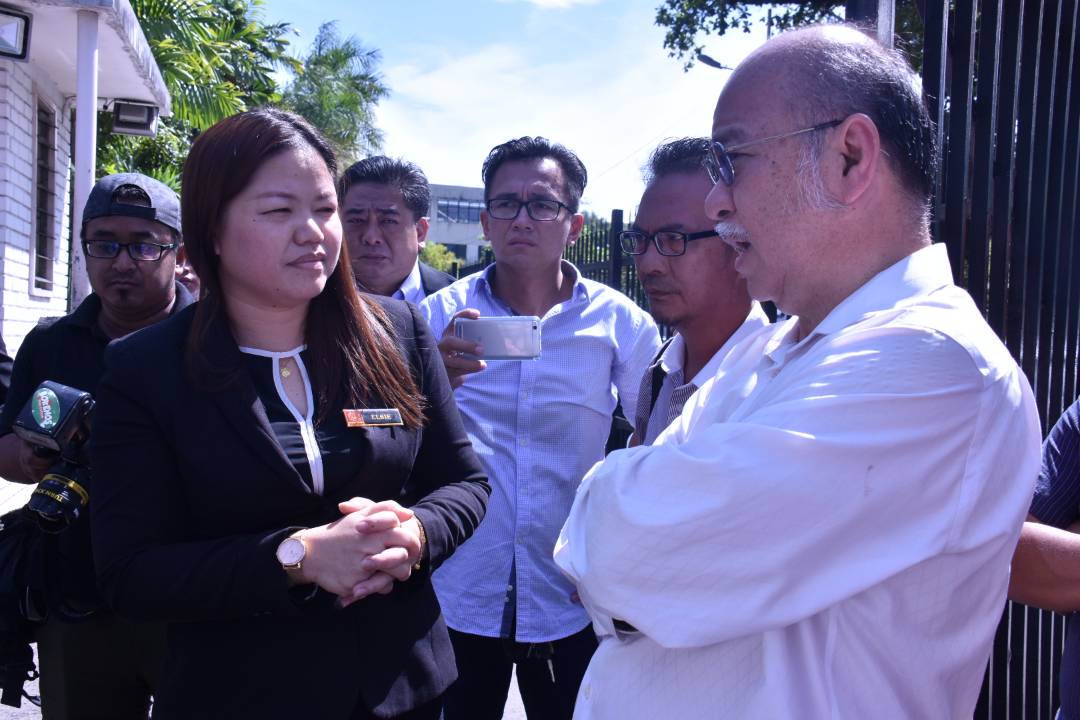 Caption: Elsie (left) with Yong outside the court.

High Court deputy registrar Elsie Primus told reporters that no instruction given from court to prohibit Yong or his supporters from entering in as court is public place that everybody can come in as long as they promised to keep peace and to obey with the court’s procedures.

Elsie rushed from her office after being informed by court staff that there was a commotion outside court compound.

According to Elsie, she received information that Yong’s supporters were not allowed to come in but she did not know who gave such instruction.

Today is the hearing of originating summons filed by opposition Gabungan Sabah leaders led Yong, 60, with six others 55, naming the Prime Minister of Malaysia and the EC of Malaysia as first and second defendants, respectively.