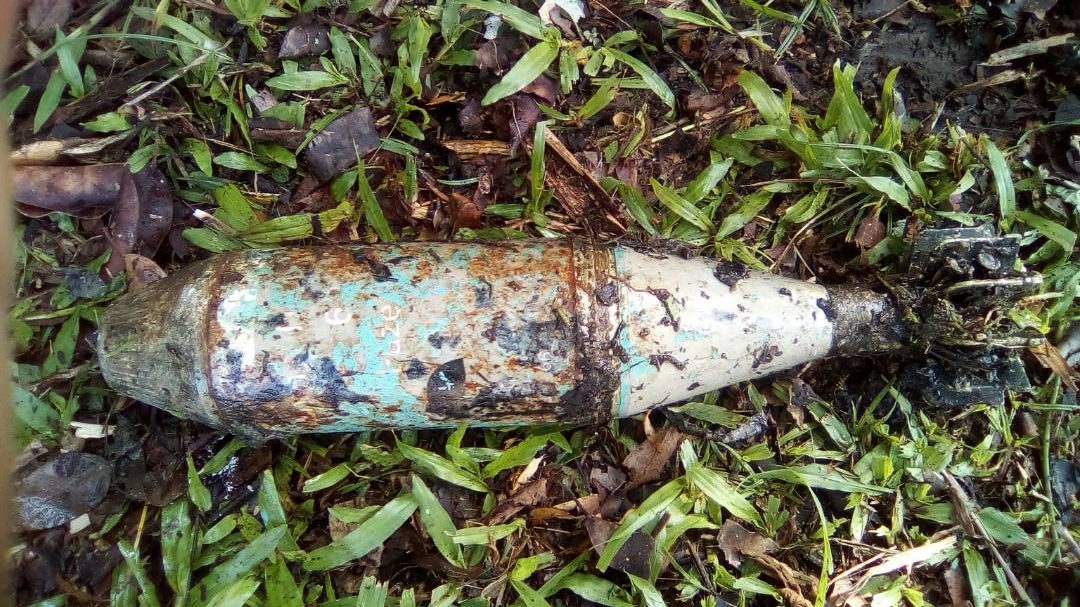 The unexploded bomb that was found.

KUCHING: An unexploded mortar shell was found in a drain near Kampung Sungai Bedil Besar today and it was later defused by the Bomb Disposal Unit (BDU).

District police chief ACP Ng Ah Lek said at 10.25am, police received a call from a grass cutter who claimed to have found an object which resembled a mortar shell.

“A mobile patrol unit (MPV) was deployed to the scene, upon their arrival, the complainant brought them to where the object was discovered.

“The BDU was informed and the area was guarded by police personnel from Gita police station. After examination, it was found that the object is a unexploded ordnance (UXO),” said Ng when contacted.

He said the UXO was brought back and later safely destroyed at the Batu Kawah shooting range.

Ng confirmed that the discovery posed no threat and was not harmful.

“UXO is believed to be used for training,” he added.