Wednesday, December 1
You are at:Home»News»Election News»Entulu not contesting as independent 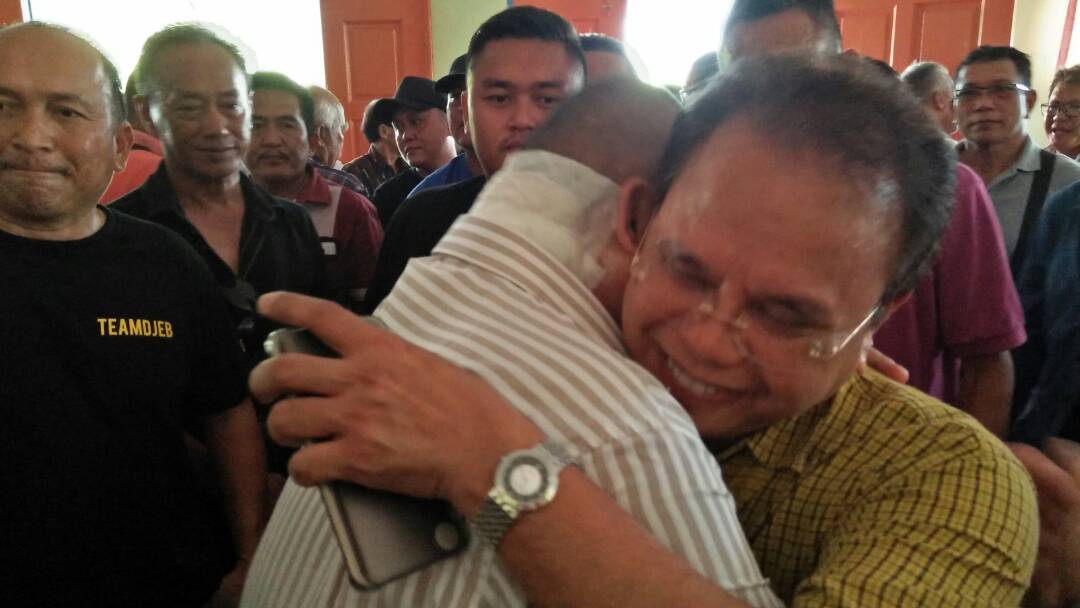 Entulu is almost crying when supporters hug him.

SIBU: Datuk Joseph Entulu Belaun today confirmed today he will be not be contesting as an independent candidate in the May 9 polls.

This literally put to rest all the speculations that Entulu might stand as an independent candidate.

Instead, Entulu, who is among the five supreme council members sacked recently, assures that he is a Barisan Nasional (BN) man through and through.

“I call upon the people of Selangau to fully support BN this GE14 for a stable government and continue to make Selangau a BN stronghold.

“BN government has proven track record in bringing development to the people,” he told reporters after meeting the people at his longhouse – Rumah Jangit, Sungai Igu, Tamin in Selangau.

Entulu said the session was to explain what has transpired so far to the people.

Some 1,200 staunch supporters of Entulu turned up for briefing session.

After the briefing, many supporters wept uncontrollably as they hugged Entulu, who was not re-nominated to defend the Selangau seat.

Parti Rakyat Sarawak (PRS) special committee formed on Sunday evening sacked Entulu and four other supreme council members for disobeying the party over its candidacy list for the General Election and also for ridiculing as well as putting the party into disrepute.

Lawyer Rita Insol was nominated to replace Entulu, who had served for three terms.

Previous ArticlePCS, Anak Negeri to contest 43 seats
Next Article Sng’s Meluan office nothing to do with PDP – Tiong