Friday, February 3
You are at:Home»News»Nation»Dong Zong appreciates UEC recognition in Barisan Nasional manifesto
For the freshest news, join The Borneo Post's Telegram Channel and The Borneo Post on Newswav. 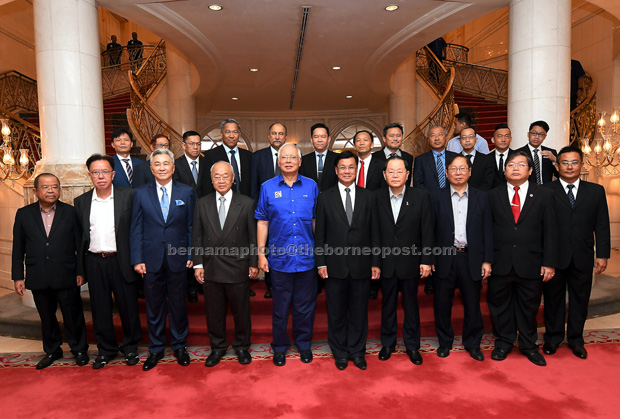 PUTRAJAYA: The United Chinese School Committees Association of Malaysia (Dong Zong) has expressed gratitude to the Barisan Nasional (BN) for including the recognition for the Unified Examination Certificate (UEC) in the coalition’s manifesto.

Its chairman, Datuk Vincent Lau Lee Ming said the association had been trying to get the recognition for nearly 43 years, and hoped it would be realised soon.

“We are happy that BN has put this recognition of UEC into its manifesto and we are hoping that after the general election, the recognition of UEC will be realised,” he told a press conference after a closed-door luncheon with Prime Minister Datuk Seri Najib Tun Razak at Seri Perdana yesterday.

In its 14th General Election manifesto, the BN has included the recognition for UEC, on the condition that holders of the certificate obtain a credit in Bahasa Malaysia and a pass in History in the SPM examination.

The UEC, which is issued to graduates of Chinese independent high schools is recognised by local private higher education institutions and many universities overseas, as well as the Sarawak Government.

Lau said the UEC recognition would give students an opportunity to enrol in public universities.

On the vernacular school aspect, he said the association was also contented as the matter was supported by Najib.

“As a multiracial country, Malaysia needs a moderate government, as well as leaders with aspirations to look after the interest of all races.

“This will ensure all races live harmoniously and we will continue to help society to prosper…this is the type of government that all races would like to have,” he added. — Bernama