Sunday, July 12
You are at:Home»News»Election News»No way PKR can seize Sibuti in this parliamentary election – Ripin 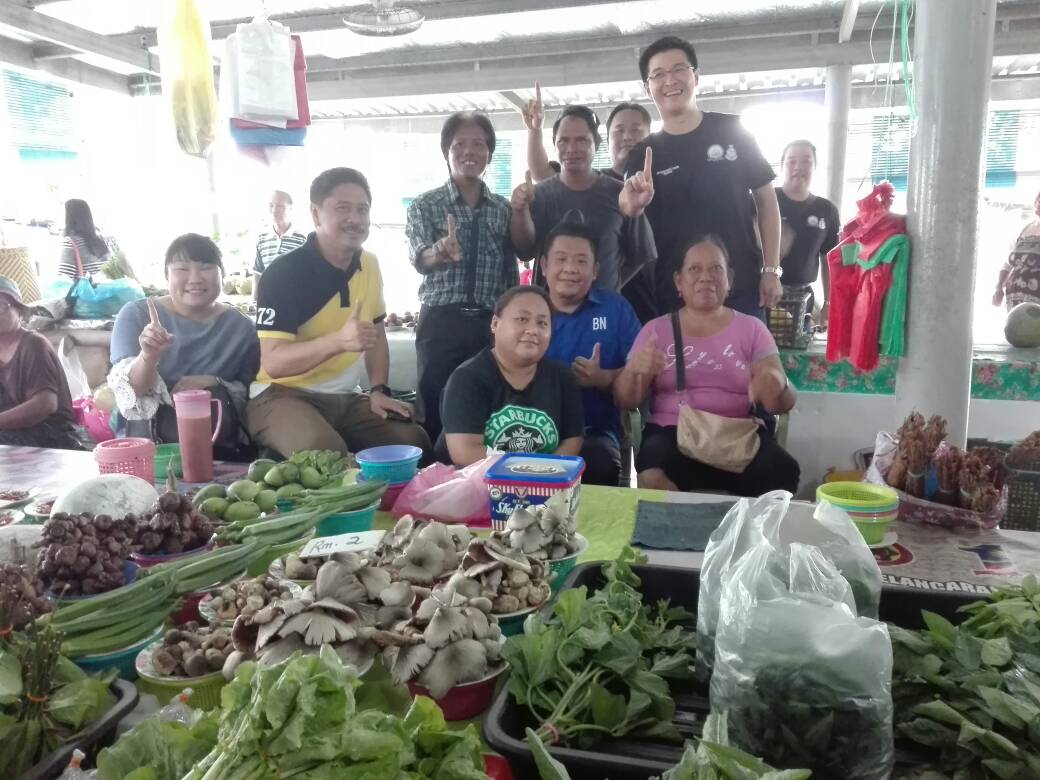 Ripin (seated, second left), Lukanisman (seated, second right), councillor Keith Chin who is also the joint chairman for Taman Tunku’s resident commitee (standing, right) with others showing the number one which the number of  the BN candidate in the ballot paper on polling day.

MIRI: Barisan Nasional (BN) machinery team for Sibuti assured that there is no way Parti Keadilan Rakyat (PKR) can seize its stronghold seat during this parliamentary election.

Ripin who is also chairman to PBB Lambir branch was refuting the recent statement made by election deputy director for PKR Sarawak Baharuddin Mokhsen in a local news portal that claimed PKR would be able to defend and seize several parlimentary seats in this parliamentary election including the Sibuti seat.

He was met by The Borneo Post during a walkabout to Taman Tunku’s market area with BN’s candidate for Sibuti Lukanisman Awang Sauni today.

The 36-year-old Lukanisman has also expressed his full confidence that BN can retain the seat in this parliamentary election.

According to him, BN is not like the opposition who only appears during election time.

During his capacity as Special Affairs Department (JASA) Officers for Sibuti Parliament as well as Miri, Lukanisman said he had worked closely with the community and assisting the incumbent for Sibuti Ahmad Lai Bujang, Ripin and Bekenu assemblywoman Rosey Yunus in their political and social works.

“Insyaallah (god willing), BN can win the seat. Thus,it is important for the BN supporters to show their support and come during the voting day on this upcoming May 9th.”