Sunday, August 1
You are at:Home»News»Election News»Serembu rep hands over RM55,000 in MRPs to four local bodies 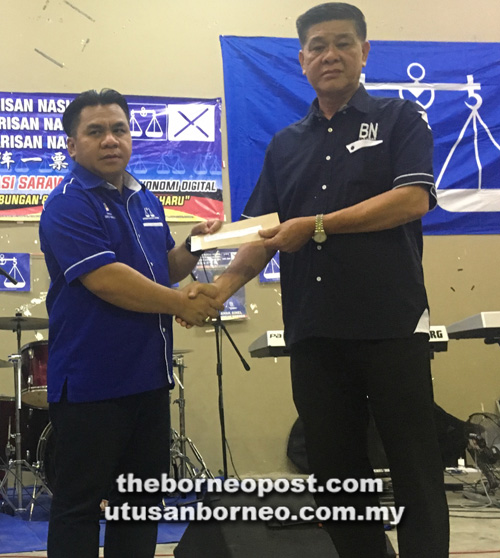 BAU: A total RM55,000 in minor rural project (MRP) funds were given out to four organisations in Serembu state constituency during a ceremony at Siniawan Community Hall near here on Monday night.

The population of Paku, Tanjung Durian and Siniawan areas are predominantly Chinese.

In his speech, Miro assured his Chinese constituents that their needs and welfare would always be taken care of.

The event also coincided with Miro’s second year as assemblyman – he was elected in the 11th state election on May 7, 2016.

Miro also surprised and delighted the guests that night by performing a Chinese love song ‘Xiao Wei’ on stage.