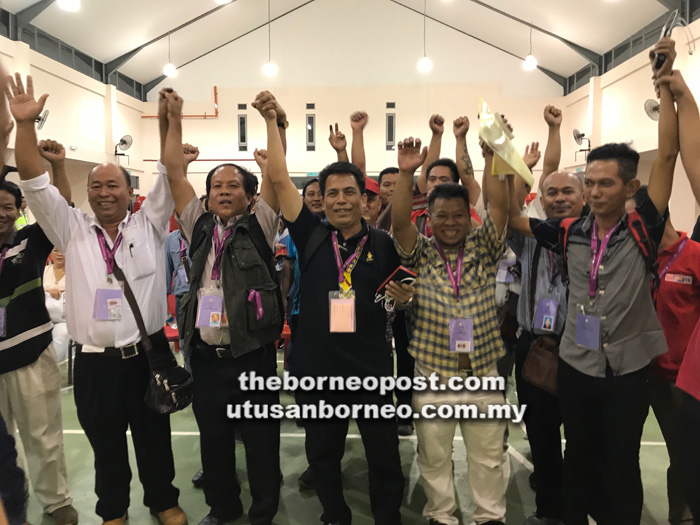 Baru, who stood in Limbang in the last parliamentary election, was not present at the hall as he is said to have returned to Kuching.

A total of 80 ballot boxes were brought to the counting centre, with the final one arriving at 8pm.

Speaking to reporters after the announcement, former Parti Rakyat Sarawak (PRS) supreme council member Adriana Chumang said she was disappointed with the result.

She believed that one of the factors behind Rita’s loss was the sacking of former incumbent Datuk Joseph Entulu Belaun as deputy president of PRS.

“I am very disappointed because all this while, Selangau is a BN stronghold. However, this is the voice of the people so we have to accept it,” she said.