Wednesday, December 8
You are at:Home»News»Sabah»Post does not matter, what matters is Sabah people – Shafie Apdal 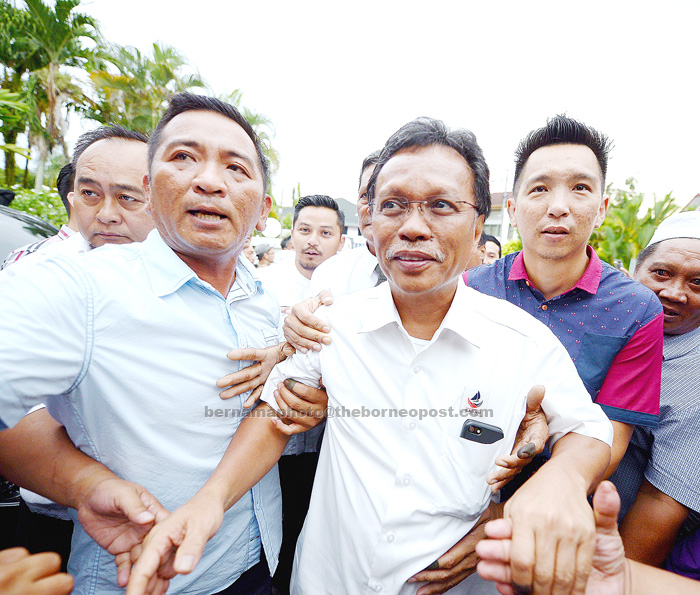 Shafie returns to his house from Istana Negeri. — Bernama photo

KOTA KINABALU: Parti Warisan Sabah (Warisan) president Datuk Seri Mohd Shafie Apdal said his focus now was on serving the people of Sabah, not  a post in the federal government.

“My stand is firm and consistent, which is to champion the interests of the Sabah people, not for personal interest. I’m thinking about the people of Sabah, not about the post, whether I’ll be appointed  a minister, or deputy prime minister, that is not my priority.

“What is important is my mission now that is to serve the people of Sabah because I do not want the trust that they have given me all the while to be destroyed,” he told a media conference at his residence here yesterday.

He said this when asked whether he would accept a federal post, if offered.

Shafie won both the Semporna parliamentary seat and the Senallang state seat in the just-concluded general election, hence enabling him to be appointed as a federal minister or head the Sabah government with the support of allied parties in the state.

Meanwhile, Shafie said the trust given to him by the people of Sabah was a ‘shock’ for Barisan Nasional (BN).