Wednesday, October 5
You are at:Home»Columns»Uncle DI»Every day is Mother’s Day 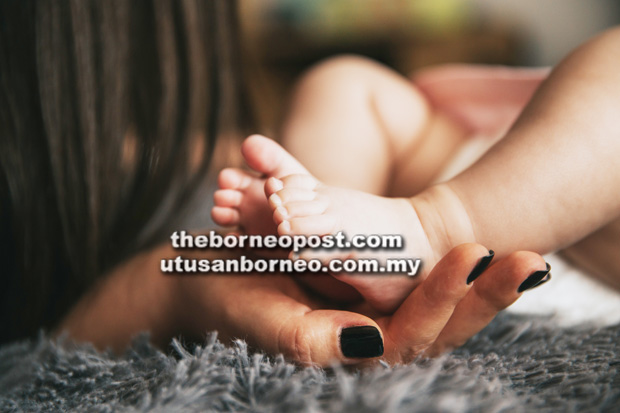 Who shall separate us?

I SHOULDN’T have neglected my duty as a son to acknowledge the importance of Mother’s Day this year. Blame this dereliction of duty on the mother of all elections – the just concluded GE14.

I was following the election campaign from an arm chair, and only out of that chair, when I went out to vote on May 9 – to exercise my right to better the government for a better Mother Malaysia.

The new mobile phone, which my grandchildren had recommended to buy if I wanted to keep up with the Joneses, had kept me fully occupied. While spending a lot of time fiddling with it (like a child with a new toy) and listening to mudslinging thrown about during the political speeches, especially those of candidates in the Peninsula, I had forgotten about writing a column to commemorate Mother’s Day.

The late president of Iraq, Saddam Hussein, used the word ‘mother’ as a metaphor to describe the US invasion of Iraq a decade ago. The coming battle between his troops and the US troops was described by him as the mother of all battles. He lost that battle and the Iraq war as well.

Here in Malaysia, the just-concluded 14th General Election has been called the mother of all elections by many political commentators. The outcome is the mother of all results – a 61-year party together with its partners in continuous power for so long was suddenly voted out of power.

This reminds me of the fate of PRI (Institutional Revolutionary Party of Mexico) – the oldest political party in Mexico, which lost power in 1994 after winning all presidential elections for 65 years.

So did also the Kuomintang (KMT) of Taiwan. Two years ago, KMT lost power after so money years of ruling China and later Taiwan.

Sorry, today’s column is not about the elections as such. In Malaysia, these battles for political power are over. Soon the dust will settle; we will carry on with life as usual. Incidentally, historians will record that, for the first time in the history of Malaysia, Datuk Seri Wan Azizah, a mother, has been appointed as the Deputy Prime Minister of the country.

Good on her. Greetings of best wishes go to her from the readers of this column and me. Media people will write more about her in the months ahead.

There are also a number of other women in the state legislatures and Parliament. I think that most, if not all, of them are mothers or grandmothers and soon to be great grandmothers.

Truly, it is most apt to say that the “hand that rocks the cradle rules the world” (in the Malaysian context, the ruling party). Syabas to all of these mothers.

Each mother may be a politician in power or out of power, or she is in an industry in any capacity or belongs to a profession, she deserves a special mention every year, during Mother’s Day.

I think the whole world should declare one day in a year a Universal Mother’s Day. What say the United Nations?

Auntie Di, hovering over my shoulders as I write this, reminds her grandchildren that there are 365 days of Mother’s Day.

Whatever date it is set for her day, a mother – any mother, past and present, single ones included – deserves special mention for her part in the perpetuation of mankind. Her contributions to society cannot be overemphasised – too many to enumerate here. They may be monarchs or princesses or poor peasants or slum dwellers, but they are all mothers. Imagine the world without mothers!

Hereby, Dad’s role is complementary, with due respect to the storks. In some cultures, where sex education is taboo, it is the Bangau bird who is responsible for the production of babies.

From the day a woman gets pregnant, she begins to face challenges. For nine and nine days (in normal cases), she is heavy with the baby and during this period she undergoes all sorts of constraints and deprivations. She craves for certain food, which is not easily available or impossible – for durian during off season or the meat of an animal, which is illegal to kill. She gets irritated and upset, thinking that everybody else is not helpful.

Then she gives birth to a baby, sometimes two or more.

When the baby cries – that’s a happy baby, some doctors say. It is exercising its healthy lungs, the village midwives firmly believe. Occasionally, the mother is terribly sad when something is wrong with the baby or when the worst happens.

This is the time when she needs everybody to be around. Those are her strengths and her weapons. But the battle is her own, fought singlehandedly, the daddy just watching or drinking his stout somewhere, like I did. I must admit that I was having kittens at the same time.

No wonder one Joachim Miller once wrote:

“The bravest battle that ever was fought;

Shall I tell you where and when?

On the maps of the world you will find it not.

It was fought by the mothers of men.”

If every day is Mother’s Day, then it is not too late to offer, a week late, our prayers to all mothers including those grieving mothers who have lost their children in accidents.

There’s a moving tribute to a mother in the famous song entitled ‘Ibu’, written and sung by a famous Malaysian, the late P Ramlee. Listen to it and you will be moved to tears.

Each of us children regards our respective mother as the most wonderful and there is no other woman in the world quite like her. With a bit of exaggeration, mine was the mother of all mothers!