Thursday, August 11
You are at:Home»Business»BizHive»Market to remain directionless 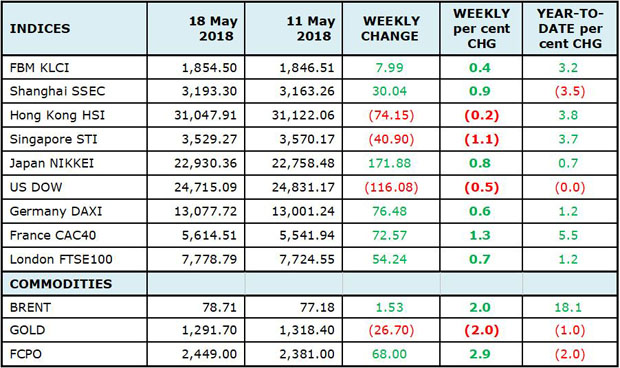 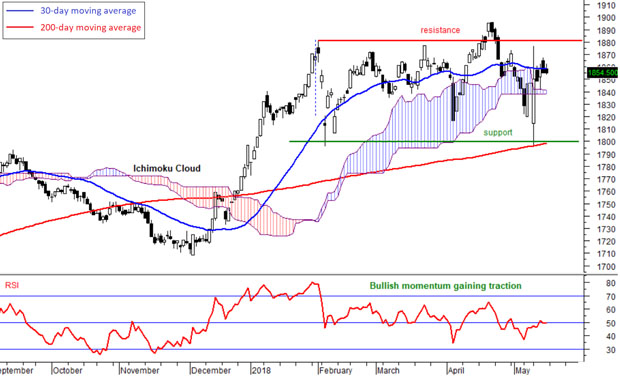 The market was being supported last week as foreign institutions continued to reduce exposure in the Malaysian market a week after a new government was formed. The FBM KLCI increased 0.4 per cent in a week to 1,854.5 points last Friday.

Trading volume was relatively high as investors started to adjust their investment portfolio. The average daily trading volume jumped to 4.1 billion shares from 1.8 billion two weeks ago and the average daily trading value increased to RM4.3 billion from RM2.3 billion. The value and volume figures also indicate that there are also a lot of retail market participation.

Global markets performances were mixed last week. Most markets closed higher except for Hong Kong and Singapore which most likely influenced by the US market. The US Dow Jones Industrial Average fell 0.5 per cent but European markets were generally bullish.

US dollar continued to strengthen against major currencies including the Malaysian ringgit last week. The US dollar Index rose to the highest level in five months at 93.7 points last Friday from 92.5 points the week before. The ringgit was at its lowest in four months last Friday at RM3.97 as compared to RM3.95 the week before.

Crude oil prices continued to increase on Iran tension. Crude oil (Brent) increased 2.0 per cent in a week to US$78.70 a barrel. Gold price continued to fall last week. Gold (COMEX) declined 2.0 per cent in a week to US$1,291.75 an ounce. It broke the crucial support level at US$1,300 and hence further downside is expected for gold. In the local market, crude palm oil futures fell 2.9 per cent to RM2,449 per metric tonne.

The market is still in a correction on uncertainty as the market is still trying to adjust their portfolio after one week of a new government administration. Technically, we expect the market to continue in a directionless trend as long as the FBM KLCI stays between 1,800 and 1,870 points.