Sunday, October 2
You are at:Home»News»Sarawak»No intention to move motion to remove status of religion on MyKad – Voon 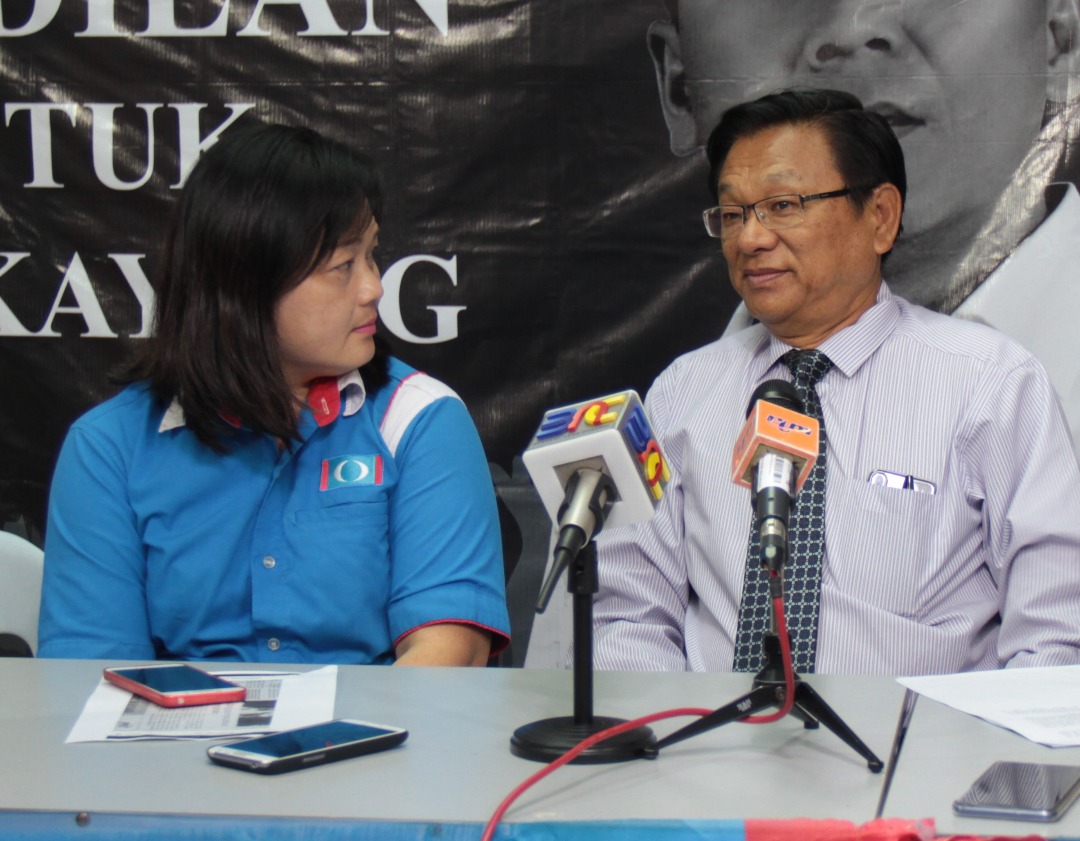 Voon (left) and Dr Teo during the press conference today.

MIRI: Miri MP Dr Micheal Teo Yu Kheng office came out to dismiss as fake a report of him intending to move a motion to remove the status of religion on the MyKad.

His political secretary Voon Shiak Ni, who is Pakatan Harapan National Women Chief for Sarawak Affairs and PKR National Women vice chief, clarified that the report was fake news because Dr Teo did not make such statement.

“I wish to clarify here that this is fake news which was first rolled out by a paper in Peninsular Malaysia and since Pakatan Harapan is now the government of the day, we do not wish to continue to be defensive on matters which has no material truth,” she said in a press conference today which was also attended by Dr Teo.

The issue has gone viral in the social media with a posting allegedly by Dr Teo. Voon said this misleading news has been making its rounds in Facebook nationwide in the past two days.

“I as the political secretary for Dr Michael Teo wish to reassure everyone that we do not have any intention to move any motion to remove the status of religion on our identification card and or any legal documentation,” she said .

In noting that Malaysia is a multi-racial and multi-religious nation, Voon said PKR promotes the highest order of mutual respect for religious practices among all Malaysians which is enshrined in the federal constitution .

“I humbly urge everyone especially our Netizens on Facebook not to continue to viral the issue and let the matter rest,” she said.