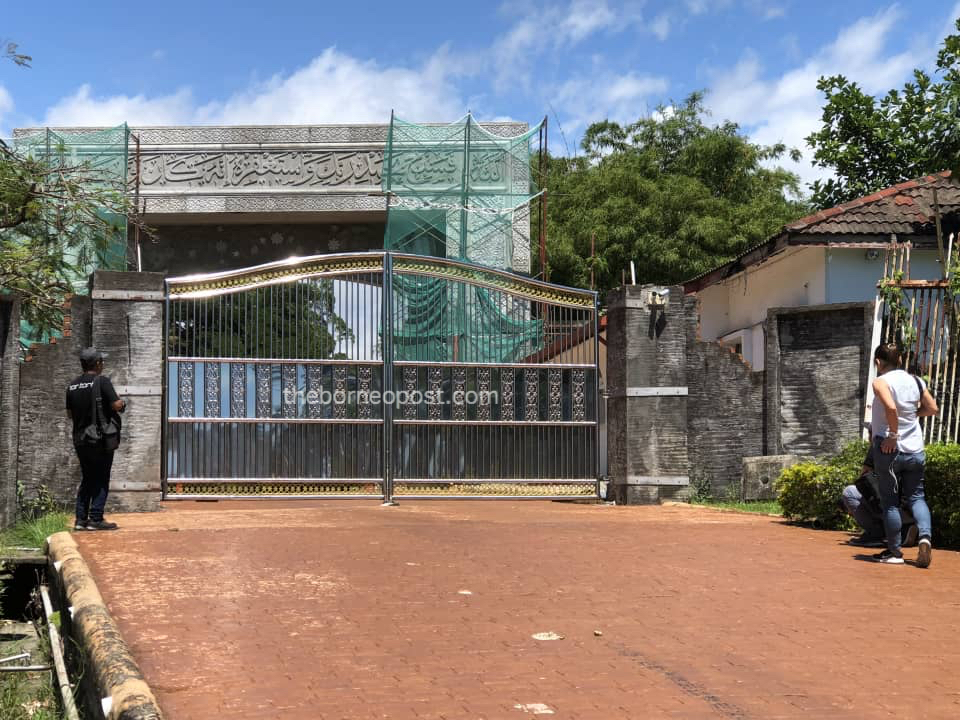 All quiet at the front gate of former chief minister Musa Aman’s resident in Luyang.

KOTA KINABALU: The whereabouts of Tan Sri Musa Aman is still a question as police are still looking for the Sabah Barisan Nasional (BN) chairman for his statement to be recorded for allegedly intimidating Head of State Tun Juhar Mahiruddin.

Sabah Police Commissioner Datuk Ramli Din had on May 24 said that Musa was not in Kota Kinabalu and that police were also unsure if he had left the country.

NSTP reported online quoting sources from the Immigration Department, that there was no record of Musa exiting the country, while an English language portal reported that Musa is believed to have fled the country, either for Brunei or Singapore, with plans to go to London, the United Kingdom.

Musa is being sought by the police for investigation under Section 506 of the Penal Code for criminal intimidation.

Meanwhile, there have been not much movement at Musa’s resident in Luyang.

A check by Borneo Post only saw couple of individual, believed to be security guards, in front of the gate entrance.

When asked if Musa was inside his resident, the individual decline to comment.