Thursday, August 6
You are at:Home»News»Sabah»Licence for property development projects no longer under CM’s jurisdiction 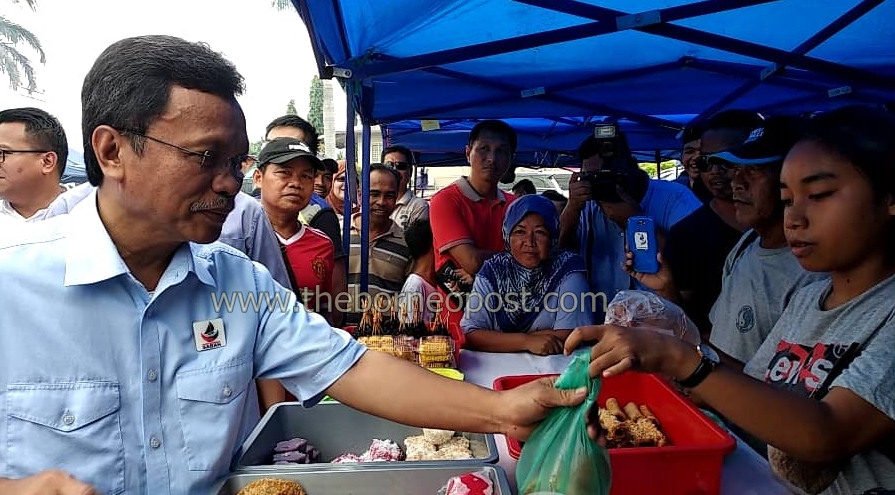 Shafie buying foods at Sembulan Bazaar during his visit.

It is one of the steps taken in efforts to overcome (financial) leakages at the state level and to increase the state’s income.

Shafie said big projects under the state government would be reviewed and whether the projects would benefit the state and communities.

“Will review first. Will review all the projects and will look into some of the important priorities and where the priorities are needed because the economic situation in our country is not very healthy,” he said.

The government would consider projects which cost a large amount, he said when met during his visit to the Sembulan Ramadan Bazaar along Jalan Sembulan here yesterday.

He also said a special body chaired by a ministry and committees involving the Public Works Department and the Finance Ministry would approve the licences for property development projects.

The approval will not take a long time as he did not want delays to hinder the efforts made by the government.

On the export ban of logs, Shafie said he had ordered the Forestry Department director to unload all the timber logs at the ports and to be sold to local sawmills.

Shafie said such an effort would create more job opportunities to Sabahans in the furniture and timber industries rather than exporting the logs to Japan or China.