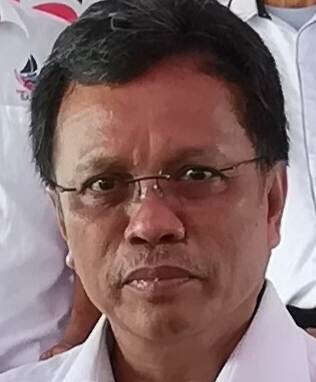 KOTA KINABALU: No exceptions will be made on the ban for the export of round logs which will remain in place till certain issues are settled.

Chief Minister Datuk Seri Panglima Shafie Apdal said what must be done, has to be done immediately.

He said he will not entertain any lobbying from any quarter and the decision to impose the ban on logs, which is temporary, was endorsed at the State Cabinet meeting on Monday.

“There are serious decisions to be made concerning the logging industry in Sabah and I have to put my foot down in the best interests of the people,” Shafie said.

“I realise that it is a very tough decision to make but it has to be done. As a matter of fact, it should have been implemented a long time ago.

“The ban could be temporary or it could be long term, and the matter will be studied thoroughly. I am all for our logs to be processed locally so that legal sawmills can operate and provide sawn timber and other value-added products, which in turn would create more job opportunities.”

The Chief Minister said the Sabah Forestry Department would be directed to inform all players – concessionaires as well as operators of Forest Management Units (FMUs) – of the Cabinet decision and for them to comply with immediate effect.

On Monday at a briefing by the Yayasan Sabah Group’s Forestry Division, the Chief Minister ordered its operations to be reviewed comprehensively after it was disclosed that ‘exclusive operators’ held a monopoly and took the bulk of the profits.

Shafie who is also Sabah Foundation chairman expressed disbelief and sadness when told that Rakyat Berjaya Sdn Bhd (RBJ), the operator of the foundation’s timber resources, had been in the red for four out of five years since 2013.

From a lucrative subsidiary earning billions of ringgit for the foundation, RBJ can now be best described as an ailing company with a bleak future unless drastic steps are taken to reform it, the Chief Minister was told.

‘Exclusive operators’ are companies which enjoyed special privileges by the previous government and former Chief Minister. Their deal involves extraction of logs, buying them and then having the privilege of exporting them at the best prices while RBJ gets a fraction of the profits.

RBJ’s operations also seem to indicate that the company can make better profits if logs are processed into sawn timber.

It was noted that RBJ could earn better profits if it sold the logs themselves.

Shafie said such a policy must stop as whatever business deals the government or its agencies are involved with, must be productive and bring maximum benefit, not for the leaders, but the people.

“Now it looks like the well-connected ‘exclusive contractors’ are reaping in fat profits out of logging activities while Yayasan Sabah is paid a pittance and in some cases even incur debts,” he said.

“It is obvious that only a handful of people are benefitting from the logging operations while Yayasan Sabah is forced to downsize as there is very little money for its operations.

“There is an urgent need to put matters right and I will pave the way for Yayasan Sabah to regain its glory days and be able to finance its core activities of providing education and free medical services to the needy.”