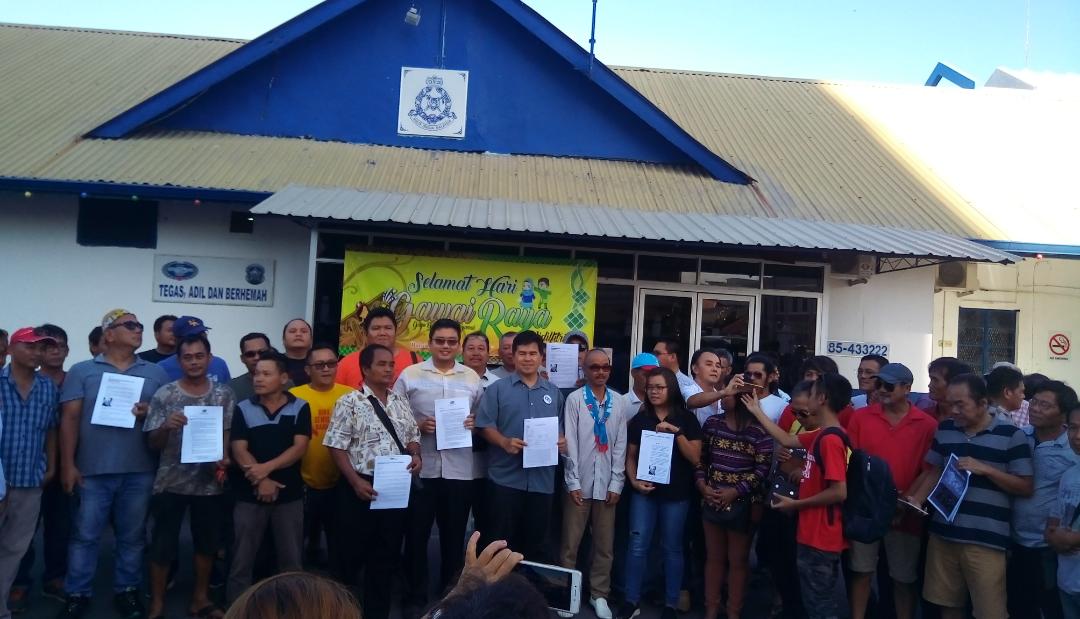 Roland (standing eight left) show a copy of the police report lodged against Taib in front of CPS Miri today.

Speaking to the media after lodging the report at Miri Central Police Station (CPS) at 3.33pm today, PKR Baram chairman Roland Engan said after reviewing the previous news articles written pertaining to the alleged corruption, he decided to lodge a police report.

“When Pakatan Harapan (PH) took over the government, the Prime Minister Tun Dr. Mahathir Mohamad wanted us to produce evidence for a new investigation to be opened against Taib.

“A lot of (news) articles and reports have been written pertaining to the alleged corruption,” he said.

Based on the articles he read, Roland said he felt the urgency to lodge a formal report in order for the new government to act against the alleged corruption.

He also quoted a news report, where Bruno Manser Fund has offered to come forward and give evidence on Taib’s alleged “malpractices and corruption”.

“The evidence is not in our hands, but we believe are in the hands of those who have been investigating Taib’s alleged malpractices and corruption,” he added.

About 60 people accompanied Roland when lodging the report at CPS Miri.