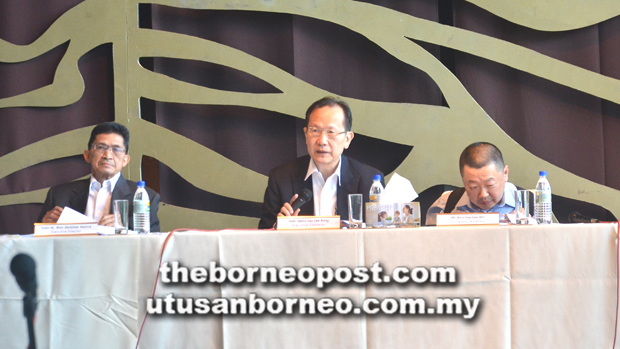 According to the BLD Plantation, the improvements were mainly attributed to their higher sales volume of 5.4 per cent y-o-y to 760,000 tonnes and higher average selling prices (ASP) in FY17 that saw crude palm oil (CPO) prices trading higher by 4.9 per cent or on average RM130 to RM2,783 per tonne compared to RM2,653 per tonne average in 2016.

Despite the forthcoming results, BLD Plantation’s executive chairman Dato Henry Lau opined that the year ahead would still be rather volatile for the plantation sector due to global uncertainties that may weigh down the demand and price trends for palm oil.

“There is continued uncertainty in the palm oil industry so we will need to carry on being prudent in terms of our management, expenditure and cash flow.

“I know for a fact that in this time of volatility, we just have to be cautious and conservative because it is quite difficult to project what palm oil prices will be.

“So I will revert back to the old saying: hope for the best and prepare for the worst,” he said to reporters after BLD’s Annual General Meeting held yesterday.

Other factors that would negatively impact CPO prices are India’s import tariff hike on palm oil and other edible oils, coemption from soybean with expected increase in production, European Union ban resulting from revamp of its renewable energy policies, Indonesia’s biodiesel mandate and flat demand from China.

On the other hand, Seng Cheak Chai who is the financial controller of the group believed that one possible silver lining to CPO prices moving forward would be the US-China trade war as China has previously announced that US soybeans would be part of their retaliatory duties.

The higher price of price of soybeans due to the tariff may cause more Chinese buyers to look at cheaper alternative like palm oil which would drive up overall CPO prices.

“It will be good to us that they don’t buy soybean oil and they buy palm oil instead,” said Seng.

In terms of production, BLD Plantation currently has a total planted area of around 31,200 hectares with circa 84 per cent in maturity stage, palm oil mills in Miri and Sibu that both have a processing capacity of 60 metric tonnes of fresh fruit bunch (FFB) per hour and implemented mechanization in some of its estates that enhances productivity and efficiency by reducing reliance on labour.

For FY17, the plantation ended up recorded a slightly lower production rate of about 115,000 metric tonnes of CPO as compared to about 120,100 metric tonnes in FY16. This is however expected to improve after the lag effects of the El-Nino phenomenon passes.

BLD Plantation’s AGM was held here yesterday where all of the group’s resolutions were approved, including a first and final single tier dividend of three sen per share for the financial year ended Dec 31, 2017.