Sunday, October 2
You are at:Home»News»Sabah»ESSCom won’t be closed Sabah 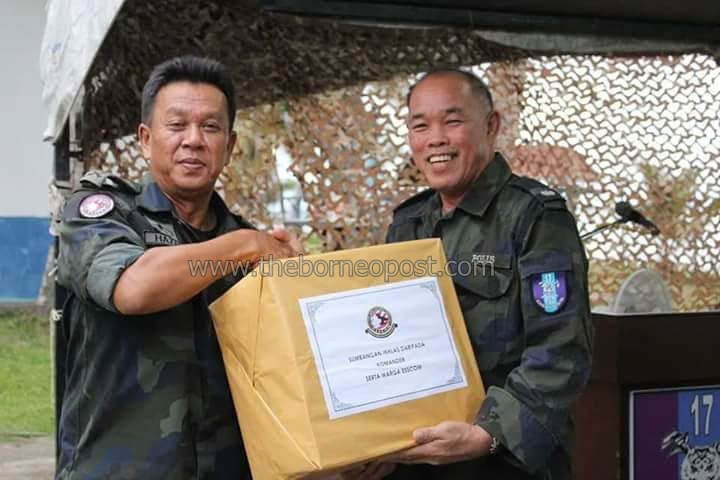 Hazani presented the contribution of Raya Cookies to the General Operation Force at the field.

It’s Commander, DCP Datuk Hazani Ghazali said the allegation that ESSCom will shutdown as spreaded through the social media was baseless.

However, Hazani said the decision to put ESSCom under the Ministry of Defence was yet to be determined.

“Security control in the ESSZone will be further increase with the restructuring of security control post locations and the increase of new posts with the cooperation from Royal Malaysian Police and Malaysian Armed Forces,” he said.

Hazani said this during the breaking of fasf ceremony with the members of General Operation Force who involved in Op Taring Sabah.