Tuesday, February 7
You are at:Home»News»Nation»India’s Prime Minister Modi to visit Malaysia today
For the freshest news, join The Borneo Post's Telegram Channel and The Borneo Post on Newswav. 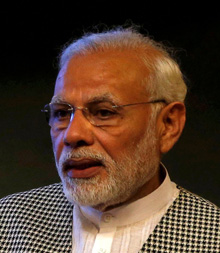 PUTRAJAYA: India’s Prime Minister Narendra Modi, who is on a scheduled visit to this region, is making a stopover in Malaysia today.

The Foreign Ministry (Wisma Putra) said this visit is to enable him to personally extend his best wishes and congratulations to Tun Dr Mahathir Mohamad on Pakatan Harapan’s momentous electoral victory at the 14th General Election and his recent appointment as the 7th Prime Minister of Malaysia.

“This would be the first meeting between the two leaders,” it said in a statement here yesterday.

It said the meetings between leaders of both countries underline the fundamental strength of the millennia-old relations between Malaysia and India.

“It also demonstrates the strong commitment of both countries to further strengthen the strategic partnership.

“Further, it is a meeting of minds between two important regional democracies,” it said.

Both countries have had regular elections at the State as well as at the Federal level, and have experienced peaceful transfers of power, said Wisma Putra. — Bernama