Ministry conducts massive operations to ensure businesses comply with directive, do not take advantage of consumers 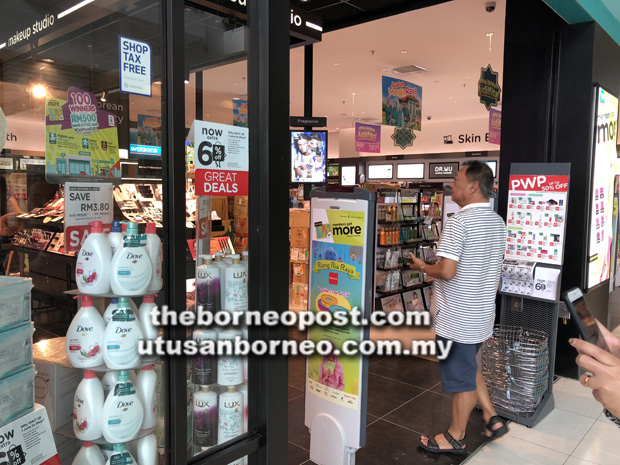 A health and beauty outlet in Kuching is seen displaying its six-per cent discount promotion for customers, in line with the implementation of zero-rated GST that takes effect today.

KUCHING: The Ministry of Domestic Trade, Cooperatives and Consumerism (KPDNKK) strives to make sure that the old Goods and Services Tax (GST) would not be imposed on consumers, starting today.

The ministry will be deploying 199 enforcement officers across the state to conduct massive operations on business premises, in line with the zero-rated GST.

Previously, the GST was at six per cent – effective today, the rate is zero per cent. 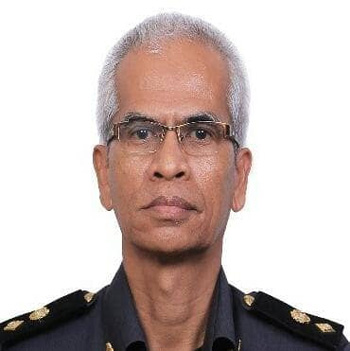 KPDNKK Sarawak deputy director Md Nawawi Abdul Rahman said during the operations, the ministry officers would ensure that the traders and service providers would not take advantage of consumers by maintaining the prices or pass down the cost of GST from their previous stocks.

“We will closely monitor the traders and service providers to ensure that they do not take advantage of the government’s zero-rated GST,” he said when contacted yesterday, warning that KPDNKK would not compromise with traders found to be flouting the new regulation.

He said action would be taken against them under Section 21 of Price Control and Anti-Profiteering Act 2011 and Trade Descriptions Act 2011.

“From tomorrow (June 1) till June 30, we will go down to the ground and advise them (traders) to comply with the new rules and not to exploit the prices of goods and services.

“Should our advice fall on deaf ears, then we would have no choice but to take action against them,” he stressed.

Elaborating further, Md Nawawi – also KPDNKK Sarawak head of enforcement – offences punishable under the Price Control and Anti-Profiteering Act 2011 include a fine of RM50,000 for an individual or RM100,000 for a company should the trader fail to provide information on the notice requested by KPDNKK officers; while those who provide false information or statement can also be fined RM50,000 (individual) and RM100,000 (company).

“Apart from that, traders can also be fined for offences under the Trade Descriptions Act 2011 where if they’re found to provide false signs or to confuse consumers with the prices of goods, a fine of RM250,000 for individual or RM500,000 for company would be imposed,” he said, adding that
the same penalty would also apply to traders who create false statements or confusing advertisements.

Meanwhile, The Borneo Post observed that several outlets at a shopping mall here had absorbed the six-per cent GST – signifying that local traders and businesses had begun to adjust themselves to the new regulation.

A manager of a local hypermarket commented that at the stroke of midnight, the cashier counter system at the hypermarket would automatically switch the GST, from six per cent to zero.

“But we have been given time to change the price tags by end of June; for now, when customers purchase their products, the items will be automatically zero-rated upon checkout,” she explained.

The zero-per cent GST follows the pledge by the new Pakatan Harapan (PH)-led federal government to remove it in favour of the Sales and Services Tax (SST).

Prime Minister Tun Dr Mahathir Mohamad had, on Wednesday, announced that SST would resume on Sept 1.

He told reporters that the prices of goods should go down by at least six per cent upon the implementation of the zero-rated GST system.

He however, did not disclose the rate of the new SST.