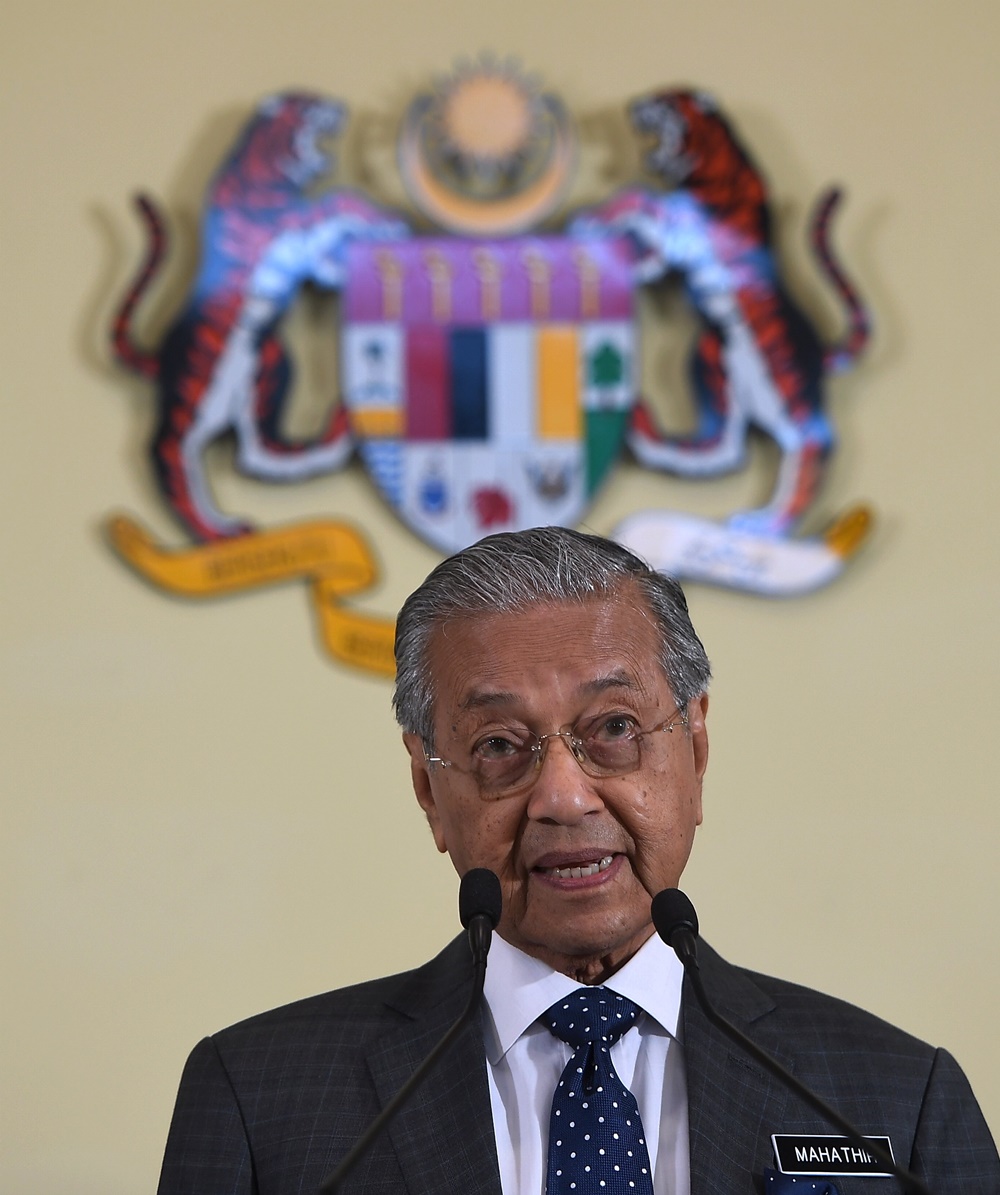 PUTRAJAYA: The entertainment allowance of high-ranking government officials in Jusa A category and above will be reduced by 10 per cent effective July, said Prime Minister Tun Dr Mahathir Mohamad.

“This is a government cost-saving drive,” he said when making the announcement in a press conference after chairing a Cabinet meeting at Perdana Putra, here today.

In the meantime, Dr Mahathir said Malaysia would be sending a team to India to study innovative ideas undertaken by the Indian government to enhance efficiency in the public services.

On another note he said to improve English proficiency among high-ranking government officials, an English language competency test would be conducted.

“High ranking government officers must have a strong command of the language as they often have to discuss with foreign parties,” he said.

In addition, Dr Mahathir said bodies and institutions under various ministries would be re-aligned to avoid overlapping and to optimise use of government resources.

“We want to reduce government costs, so some irrelevant bodies we will have to be disbanded. Most of these are found in the Health Ministry,” he said.

According to him, the cabinet also discussed the problem of overlapping and duplication between ministries which would be resolved after the government studied the ministries.

With regard to the cost of living assistance (BSH) which replaces the 1Malaysia People’s Aid (BR1M), Dr Mahathir said the eligibility for the assistance would be reviewed in the future.

However, he said BSH scheduled today would be paid according to the existing eligibility scheme.

Dr Mahathir also announced that the Hari Raya Aidilfitri festive season price control scheme would be implemented by the Domestic Trade, Cooperatives and Consumerism Ministry (KPDNKK) on 22 controlled items from June 8 to 22.

He further announced that he would be on a working visit to Tokyo, Japan on June 10 and 12 to attend the 24th International Conference on the Future of Asia, with his wife Tun Dr Siti Hasmah Mohd Ali.

He said Deputy Prime Minister Datuk Seri Dr Wan Azizah Wan Ismail, who is also National Disaster Committee chairman would be leading the Malaysian delegation at several international meetings on disasters including the ‘ASEAN Committee on Disaster Management’ meeting in Kuala Lumpur from June 26 to 28.

In addition he said the Health Ministry would be hosting the Third Asia Dengue Summit  in Kuala Lumpur on July 5 and 6 and the ASEAN Dengue Day 2018 in Selangor on July 7. – Bernama