Friday, August 14
You are at:Home»News»Sabah»Open house by TYT, state leaders stayed to celebrate Raya with crowd 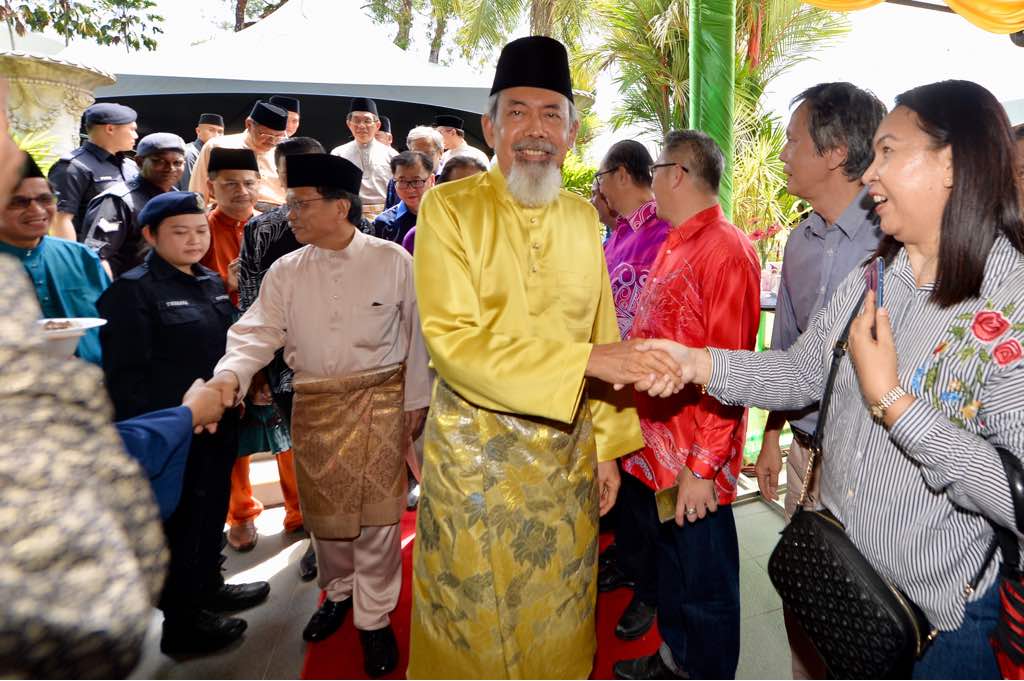 KOTA KINABALU: It was a gesture that touched the hearts of the people and Head of State when Chief Minister, Datuk Seri Panglima Mohd Shafie Apdal and several of his cabinet ministers stayed to celebrate Hari Raya mingling with the crowd at the Istana today.

The event was held in two sessions starting from 10am to 11am for VVIPs and 11am to 1pm for the public.

Appearing relaxed and in fine mood, Tun Juhar extended his best wishes to the new government.

“This is the first time the Chief Minister and some of his cabinet ministers have joined me for the second part of the open house to celebrate this happy occasion with the people. It proves they are with the people and for the people. I am very glad they’re with me,” he said when addressing the crowd.

Cabinet ministers who remained for the second session of the open house were Deputy Chief Minister and Minister of Tourism, Culture and Environment Christina Liew, Minister of Health and People’s Well-being, Stephen Wong and Minister of Youth and Sports, Frankie Poon.

After his brief address, Tun Juhar rendered two songs – One Night by Elvis Presley and Angin Malam that was made popular by Indonesian singer Broery Marantika.

He dedicated One Night to his wife and everyone present at the event.

Accompanying the Head of State on drums was his son, Al Hambra and the Sabah Cultural Board Combo.