Saturday, August 15
You are at:Home»News»Sabah»61 foreigners detained in Papar for illegal stay 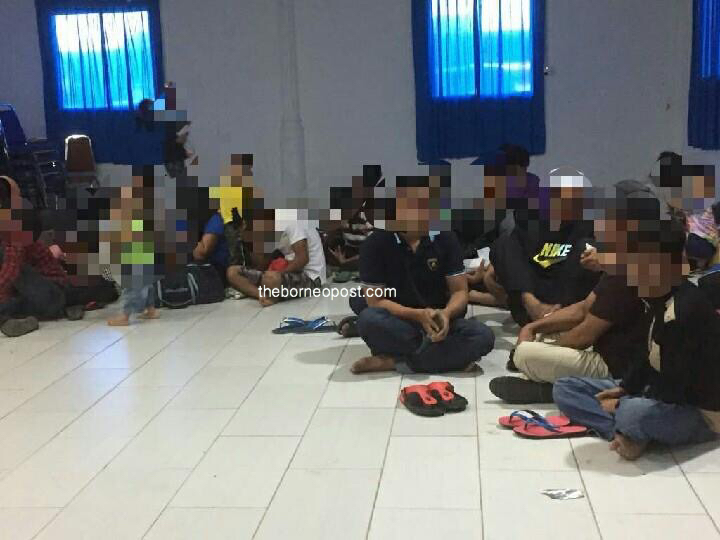 The illegal immigrants being detained at the IPD Papar for further action.

PAPAR: Sixty one foreigners were detained by the police for staying in the country illegally during an operation early morning today.

Those detained were taken to the Papar police headquarters for further action and will be charged under section 6(1)(c) of the Immigration Act 1959.

Ladamah said the operation is part of the Papar police contingent (IPD Papar) in their efforts to reduce crime rate in the districts and to prevent the entry of illegal immigrants.

“Records shows that most petty crimes including drug activities are carried out by illegal immigrants and it is therefore our effort to stop such activity from taking place in and around our areas,” he said.