Friday, July 10
You are at:Home»Lite Stories»Japan dreams of jackpot with legal casinos 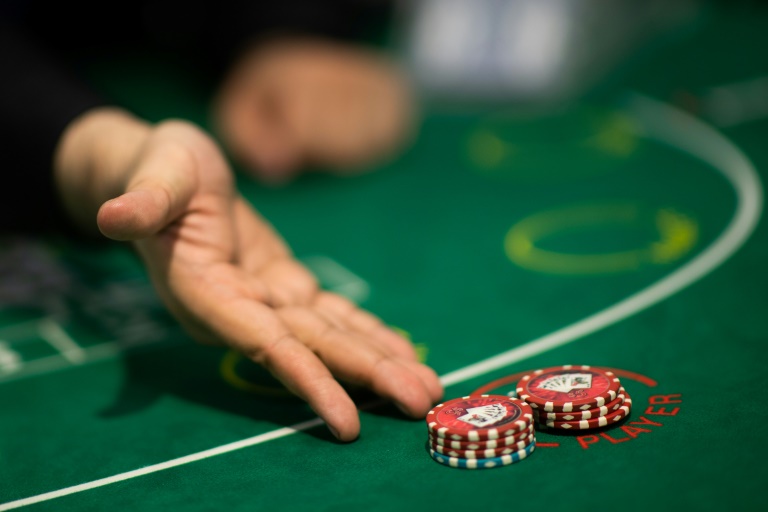 A student practising baccarat at the Japan Casino School in Tokyo. AFP photo

TOKYO: At a casino school in Tokyo, croupier-in-training Takuto Saito settles behind a green table and reaches for the roulette wheel, addressing a group of imaginary punters: “Spin up. Place your bets.”

The 24-year-old has never set foot in a casino, but he is gambling that new laws opening up the lucrative sector will soon create plenty of jobs for croupiers in Japan.

Opening his palms to fake surveillance cameras on the roof to show there is nothing up his sleeves, Saito says he enjoys watching how players make their moves and the tense atmosphere around the gambling tables.

“Our enrolment has doubled from last year,” he said. “We are seeing an unprecedented level of momentum.”

Japan was long the only developed nation that banned casinos but passed legislation in 2016 paving the way to make the industry legal.

Japan is often viewed as the Holy Grail of gaming in Asia due to a wealthy population, proximity to China and appetite for other forms of legal gambling, including horse racing and pachinko, a slot machine-style game.

Economists estimate the casino industry could bring in takings of 2.0-3.7 trillion yen ($18 billion to $34 billion) a year, and national and regional governments are set for a jackpot of a combined 30-percent tax on gaming revenues.

Japan’s government hopes they will become tourist draws, local versions of Las Vegas or Macau that will be a shot in the arm for a stagnant economy and attract business travellers and new tourists.

It has brushed aside opposition from activists, including those concerned about Japan’s already well-documented problem with gambling addiction.

Toru Mihara, an expert on the casino sector at Osaka University of Commerce, said just one single integrated resort could create tens of thousands of jobs and have a “great impact on the local economy”.

“Tourists will come to energise various regions,” he told AFP, urging Japan to pursue conference and exhibition business as well.

“This can grow as a new and major industry.”

The legislation, expected to pass the upper house later this month, kicks off a process that will see local regions bid for the right to host one of three IR facilities.

Although no timeline and criteria have yet been set for the process, municipalities have already started contacting possible investors.

Among those who have expressed interest are Las Vegas Sands and MGM Resorts, which have each suggested a possible $10-billion investment in a proposed project in the western city of Osaka.

And some foreign casino operators have already begun hiring Japanese workers to work at their overseas locations, hoping to have local staff ready to go when venues finally open in five to six years.

But Japan already has a significant gambling problem, with a 2017 government survey showing an estimated 3.2 million people are addicted.

Many are hooked on the pinball-like “pachinko” or on “pachislo” slot machines, which together annually generate 21.6 trillion yen in revenue.

Japan also has a five-trillion-yen market for government-controlled races of horses, motorcycles, boats and bicycles, along with football betting and a lottery.

Both proponents and critics of casinos say the nation has long neglected its gambling problem and Noriko Tanaka, who heads a group working with gambling addicts, says the casino legislation will only make things worse.

The laws make it easy for gamblers to take out credit lines to play at casinos and lack concrete financial commitments to tackling addiction, she told AFP.

The bill also fails to reserve a seat on casino commissions for gambling addiction specialists, a clause activists had argued for.

To deter addiction, lawmakers have agreed to impose a 6,000-yen ($55) entry fee on local residents and limit their visits to 10 times a month.

But Tanaka said this wasn’t enough.

But aspiring casino dealer Saito said he thought local opposition to the industry would ease when casinos finally start opening their doors.

“I think Japanese people hold excessively negative views of gambling,” he told AFP. “I am quite optimistic about this.” – AFP