Thursday, February 2
You are at:Home»Business»Shell sells US$1.3 billion of oil and gas assets in Norway, Malaysia
For the freshest news, join The Borneo Post's Telegram Channel and The Borneo Post on Newswav. 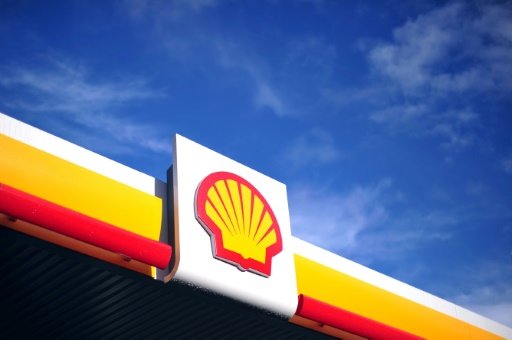 Royal Dutch Shell (RDSa.L) announced the sale on Wednesday of oil and gas assets in Norway and Malaysia for over US$1.3 billion, bringing it closer to a target of US$30 billion in disposals by year-end.  – AFP photo

LONDON/ OSLO: Royal Dutch Shell (RDSa.L) announced the sale on Wednesday of oil and gas assets in Norway and Malaysia for over US$1.3 billion, bringing it closer to a target of US$30 billion in disposals by year-end.

The Anglo-Dutch company agreed to sell to OKEA, a Norwegian producer backed by private equity firm Seacrest Capital, its 45 per cent interest in the Draugen Norwegian offshore field and a 12 per cent in the Gjoa block for a total of US$566 million, the two companies said.

Earlier, Shell announced the completion of the sale of a 15 per cent stake in Malaysia LNG (MLNG) Tiga to the Sarawak State Financial Secretary for US$750 million.

Shell committed to the ambitious three-year sale plan following the decision to acquire BG Group in 2015, a deal that was completed in February 2016 for US$54 billion.

The latest announcement bring the total assets Shell has sold or agreed to sell since 2015 to around US$27 billion, according to Reuters calculations.

Shell will remain present in oil-rich Norway through its stakes in several fields, including Ormen Lange and Knarr, which it operates.

For OKEA, co-founded by the county’s former oil minister Ola Borten Moe in 2015, the deal provides the first sizeable stakes in a producing field on the Norwegian continental shelf.

OKEA said the two fields will deliver around 22,000 barrels of oil equivalent per day net to the company.

Bangchak Corporation PCL, a Thai downstream oil and gas company, had entered into a strategic partnership with Seacrest Capital Group to finance the acquisition, OKEA said.

OKEA also said it had launched a US$180 million, 5-year, fully underwritten senior secured bond to help finance the deal.

Shell-operated Draugen, which has been producing oil since 1993, had about 24 million barrels in reserves left at end-2017, data from the Norwegian Petroleum Directorate (NPD) shows.

The Gjoa field, operated by Neptune Energy, had 13 million barrels of oil and 13.5 billion cubic meters of natural gas at end-2017, according to NPD data.

OKEA has a tiny stake in Aker BP-operated (AKERBP.OL) Ivar Aasen field, and a 15 percent interest in Repsol-operated (REP.MC) Yme field, which is expected to start producing oil again in late 2019.

A previous attempt by Talisman Energy to restart the field, which was shut in 2001, failed in 2016 due to structural problems with its new production platform. – Reuters