Saturday, May 15
You are at:Home»News»Sabah»Tourists temporarily banned from visiting Masjid Bandaraya 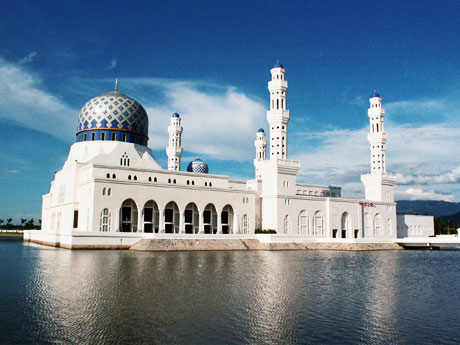 KOTA KINABALU: Masjid Bandaraya in Likas is now out of bounds to tourists.

The mosque’s management committee decided to impose the temporary ban on all tourists following the inappropriate act of two tourists caught on video which went viral on social media recently.

The 10second video clip showed the two performing a synchronize dance while standing in the mosque’s fence.

Chairman of Majid Bandaraya Datuk Haji Jamal Tun Haji Sakaran in a statement expressed disappointment at the action of some tourists visiting the mosque despite being told the do’s and don’ts when in the grounds.

“The mosque management also decided to also ban all bus express Grab cars and taxis from entering the grounds and also from parking outside the mosque. Only taxis registered with the Masjid Bandaraya are exempted from the ban,” he said.

More Rela personnel will be stationed outside the mosque to monitor the situatiin and to enforce the ban so that there will not be a repeat of such incident, Jamal said adding that the mosque management will be meeting with the tourism players to find a solution to the matter.

Masjid Bandaraya or the Blue Mosque is a popular stop for tourists visiting Sabah.