Tuesday, January 21
You are at:Home»World»Bali shuts airport after volcanic eruption 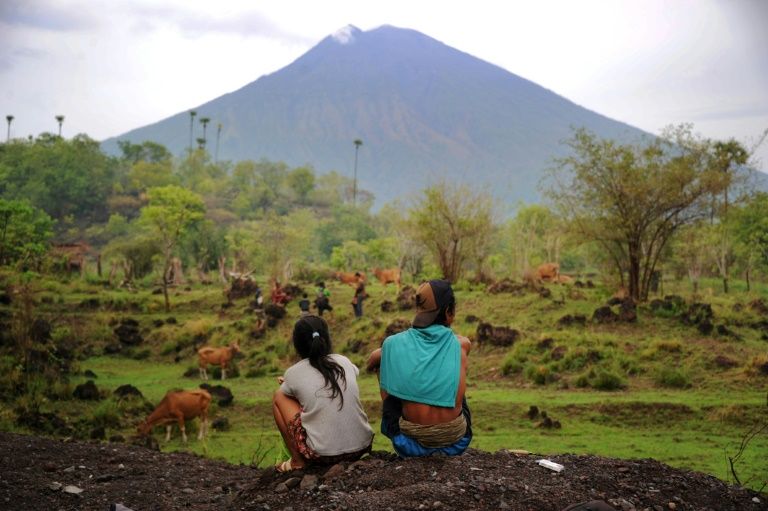 Mount Agung on Bali rumbled back to life last year and has been erupting periodically since. AFP file photo

Ngurah Rai airport was due to be closed from 3:00 am (1900 GMT) to at least 7:00 pm Friday after a pilot report detected volcanic ash as high as 23,000 feet following Mount Agung’s eruption on Thursday.

“Based on the meteorology agency prediction, the volcanic ash will reach the airport on Friday morning,” airport spokesman Yanus Suprayogi said in a statement, adding that a possible extension of the airport closure after 7:00 pm would be reviewed.

The eruption of Mount Agung in eastern Bali on Thursday has triggered at least 48 flight cancellations including those operated by Malaysia-based AirAsia and Australia’s JetStar.

The disruption has affected more than 8,000 passengers.

Ash is dangerous for planes as it makes runways slippery and can be sucked into their engines.

Despite the eruption the volcano’s status has not been raised by Indonesia’s volcanology agency and remained at alert level, while the Volcano Observatory Notice For Aviation has issued an orange level warning.

Mount Agung rumbled back to life last year and has been erupting periodically since.

There is a four-kilometre (2.5 mile) no-go zone around Agung’s peak.

Indonesia is the world’s most active volcanic region and lies on the Pacific “Ring of Fire” where tectonic plates collide, causing frequent volcanic and seismic activities. – AFP