Monday, March 30
You are at:Home»News»Nation»Najib to be prosecuted soon – Dr M 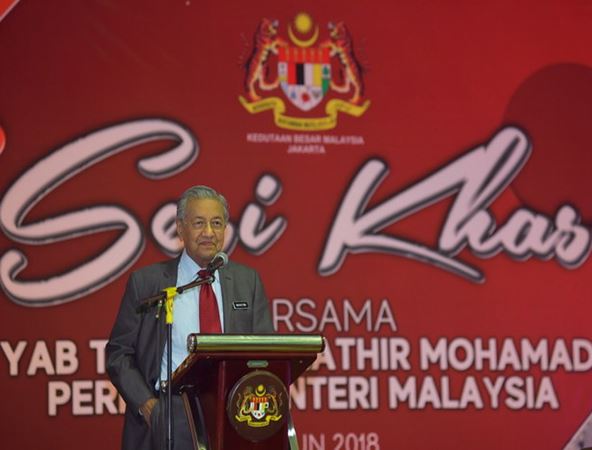 Dr Mahathir speaking at the event in Jakarta. Bernama photo

Dr Mahathir said the authorities were currently investigating and gathering strong evidence on the 1Malaysia Development Bhd (1MDB) as well as the murder case of the Mongolian model Altantuya Shaariibuu.

“I think he (Najib) will be brought to the court soon,” he said during a meeting with Malaysians in Indonesia in conjunction with his official visit to the country yesterday.

On Altantuya murder case, he said a retrial would be held.

“(On the misuse of 1MDB funds) there are people who said no action is taken against Najib, he is even treated as a former prime minister.”

“To bring a case to the court, there must be enough evidence so that we will not fail in the bid,” he said.

Dr Mahathir said the jewellery seized from residences linked to Najib was amounting to RM1 billion and it did not include the seizure of cash.

He said much damage had been done by the previous government administration and the Pakatan Harapan government needed some time to solve the problems. – Bernama