Saturday, August 15
You are at:Home»News»Sarawak»Readers rank The Borneo Post third for trustworthiness 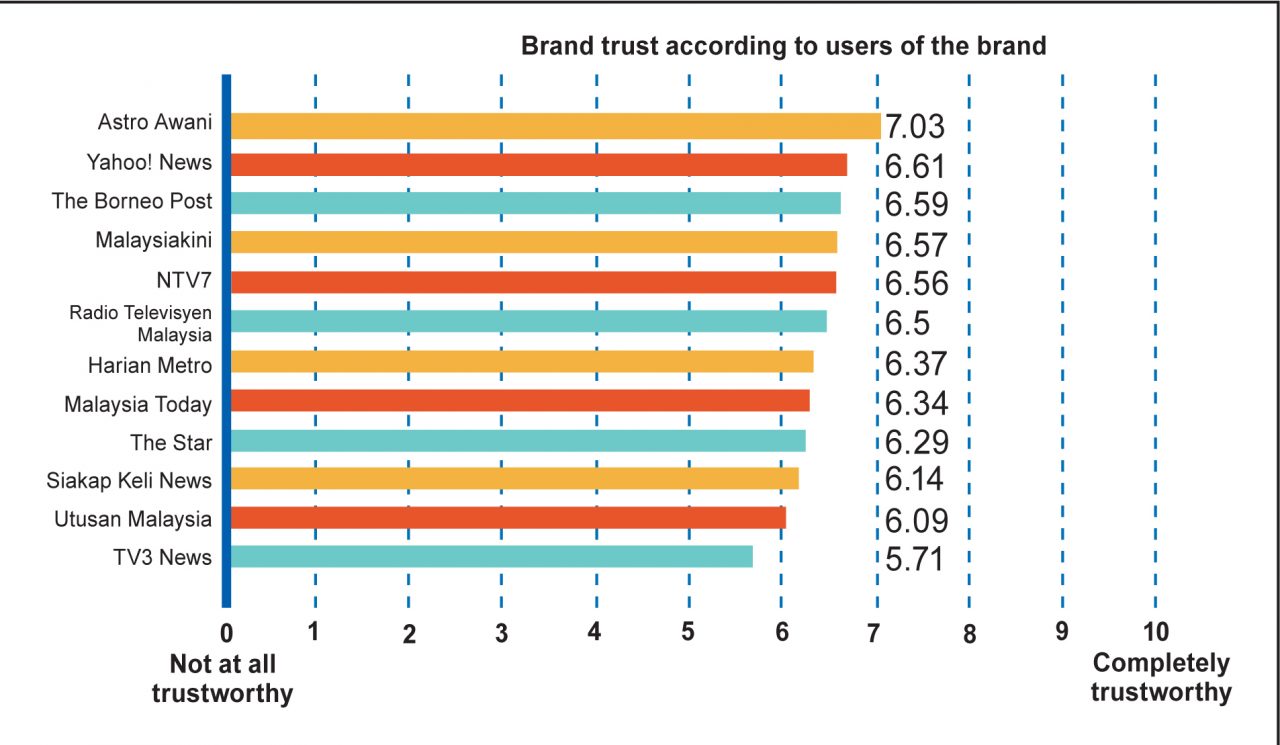 KUCHING: The Borneo Post has been ranked third by readers for trustworthiness among Malaysian news outlets.

Under overall public perception for those who have heard of the brands, the award of most trusted news source was Yahoo! News, followed by Astro Awani, The Star, and Malaysiakini, while The Borneo Post ranked seventh.

Commenting on the findings of the report, University of Nottingham Malaysia media and communication studies lecturer Prof Zaharom Nain, who was a contributor to the report, pointed out there appears to be greater trust in news sources that are perceived by the public to be international as opposed to local sources.

“This has much to do with the structures and patterns of media ownership and control. There are some brands that buck this trend,” he said.

To establish the trust scores, survey respondents were asked to indicate their trust in selected news brands on a scale of 0 (completely untrustworthy) to 10 (completely trustworthy).

While The Borneo Post is happy our readers find us to be among the most trustworthy sources of news and information, other findings from the digital news report suggest there is still more to be done as Malaysia has scored very low in overall trust in news.

Expanding on this, Zaharom said among the most significant developments that caused a shift to distrust in news was due to numerous scandals and alleged cover-ups seen during Barisan Nasional rule and the media’s ability to report on these issues fairly. 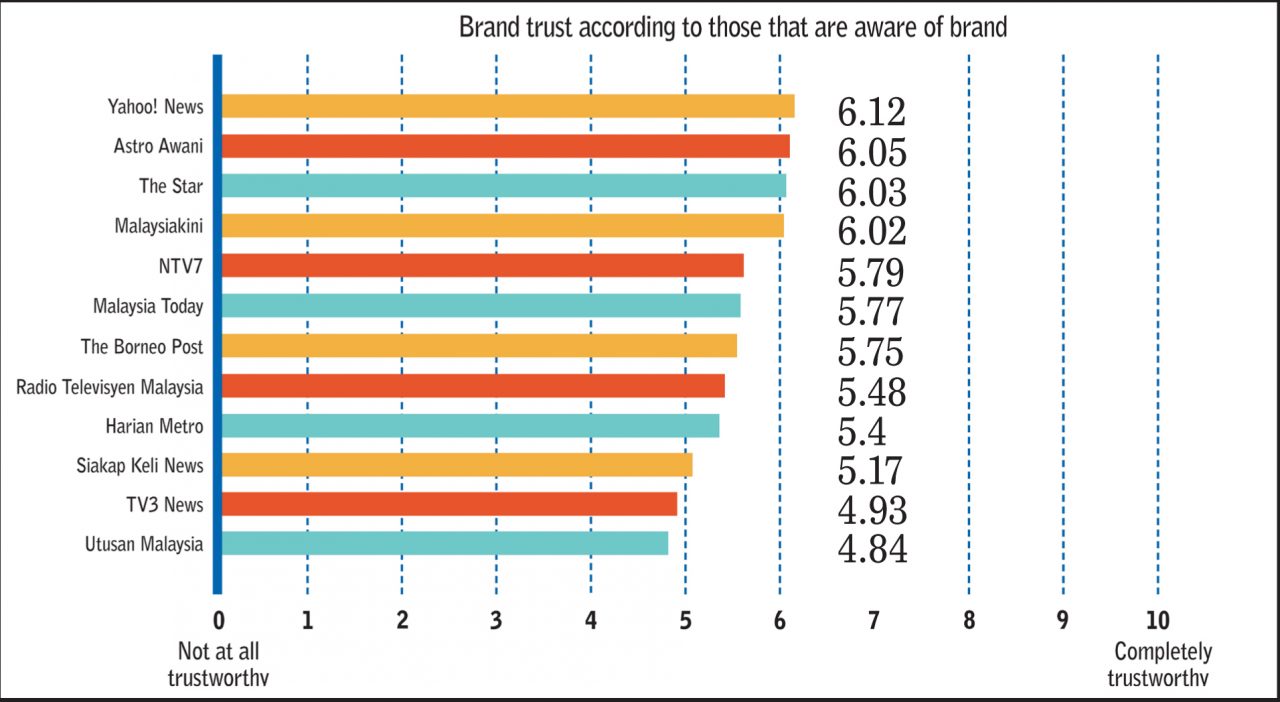 Freedom of the press in the country has also come into question as Malaysia has consistently been labelled as among countries with the least press freedom, ranking 145th out of 180 countries in the 2018 World Press Freedom Index.

Going forward, Zaharom said the Malaysian media industry and public trust in news may soon see a turnaround as the unexpected 14th general election outcome has thrown up numerous positive possibilities for the media environment.

“The new Pakatan Harapan (PH) government has promised to review, if not remove, the Anti-Fake News Bill, together with other coercive laws. It has already established high-level committees headed by respected individuals to spearhead much needed reforms.

“It may be early days yet, but the actions of the new administration do point towards a more open environment and a more vocal media,” he said.

Figures for the Audit Bureau of Circulation show that The Borneo Post and its fellow See Hua Group newspapers, See Hua Daily News and Utusan Borneo, have a combined audited circulation of 340,952 daily in Sarawak and Sabah.

The Reuters Institute’s Digital News Report 2018 was based on a YouGov survey of over 74,000 online news consumers in 37 countries at the end of January or beginning of February.