Saturday, February 22
You are at:Home»News»Nation»Restaurants, hotels were urged to remove shark fins from menus 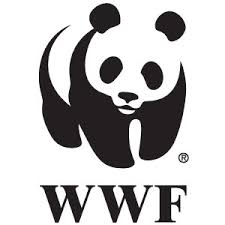 PETALING JAYA: WWF Malaysia urges restaurants, retailers and hotels to adopt a dining policy by removing shark fins from menus or substitute it with alternative ingredients.

Its Chief Executive Officer, Datuk Dr Dionysius S.K. Sharma said with high demand being the main reason shark fishing cannot be thwarted, the alternative is to minimise human impact on the shark and marine ecosystem.

“According to study, it was found that 85 per cents of shark fin soup consumption was tied with celebrations such as weddings in restaurants and hotels.

“By urging them to stop buying shark fins from suppliers, there will be a trickle-down effect to suppliers and shark catchers in the supply chain. Soon, shark fins will not be a high-demand item for catchers to hunt them thus will stop the killing of the sharks in the ocean,” he said during the launch of ‘Wedding Without Fins’ project here, yesterday.

He said sharks are important in stabilising the marine ecosystem and keeping oceans healthy.

“However, the shark population is declining as a result of overfishing and the high demand for shark fins,” he said.

“The plight to end the consumption of shark fins around the world is a long and difficult journey hence, we are passionate about bringing this awareness to our consumers in hopes of contributing to declining demand for shark fin soup in weddings.

“By making a responsible decision in refusing shark fin soup and using unique awareness materials at their weddings, newly weds can play a big role in reversing the trend of serving shark fin soup during weddings,” she said.  – Bernama