KUALA LUMPUR: The Ministry of Health Malaysia (MOH) has withdrawn six other brands of canned sardine products from the market because they are confirmed to contain impurities such as Filum Nematoda worms from the genus Anisakis spp.

MOH had also imposed the Hold, Test and Release action on the import of canned fish products at all national gateways.

“Hold, Test and Release is an action where samples will be taken for analyses and the products will only be released if the results of the analyses indicate that no infringement is detected, namely, in this case, Filum Nematoda worms from the genus Anisakis spp.

“As for local canned fish products, verification at all production plants is carried out by MOH,” he said in a statement yesterday.

Dr Noor Hisham also explained the risk to health for canned fish products was very low as the worms had died due to cooking or canning process.

He said Section 13 of the Food Act 1983 specified that any party involved in importing, distributing, storing or selling food that has in it any toxic, damaging or otherwise harmful substance would be guilty of an offence.

A Bernama story published on June 27, said the Malaysian Quarantine and Inspection Services has revealed that it found worms that could cause the anisakiasis disease in humans in samples of a brand of sardines from China brought in through the North Butterworth Container Terminal in Penang on May 14.

In April, MOH had ordered importers to recall two brands of canned sardines from China after they were found to be contaminated with dead worms.

Consumers who have any concerns regarding any food safety issues may contact the State Health Department or the nearest District/Area/Division Health Office or contact the MOH through the http://moh.spab.gov.my website or Facebook Food Safety and Quality Division at www.facebook.com/bkkmhq. – Bernama 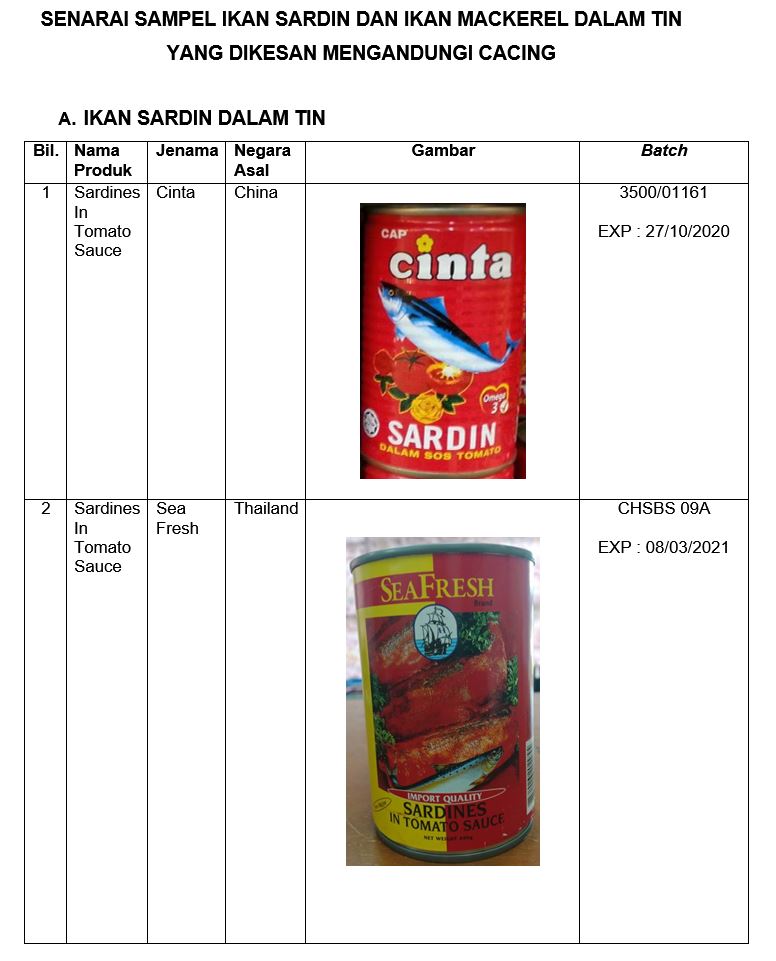 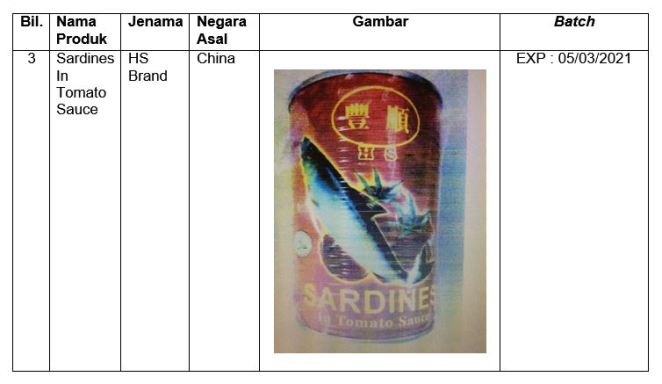 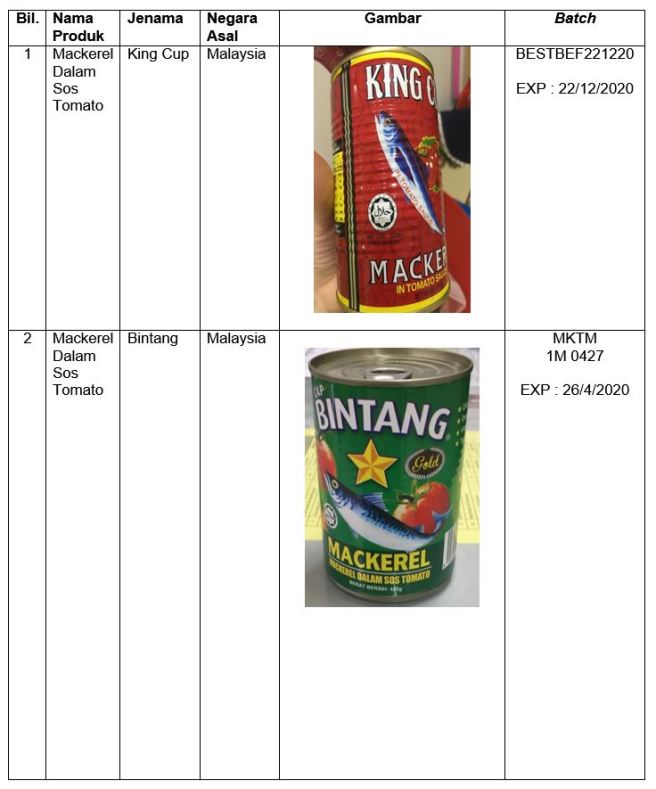 Images: From the Desk of the Director-General of Health Malaysia