Saturday, August 20
You are at:Home»News»Sabah»Child marriages in Sabah among highest in country – Jannie 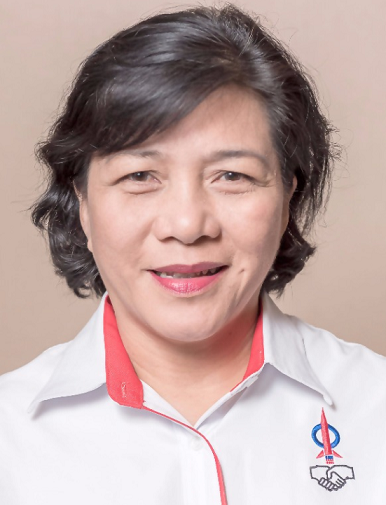 KOTA KINABALU: SABAH has one of the highest incidences of child marriages in the country.

Assistant Law and Natives Affairs Minister Jannie Lasimbang said she personally disagreed with the practice, citing that marriages of persons who are below 18 years old are against human rights.

She added that in Sabah, the practice of matchmaking was a norm among the natives.

She also said that she will study the matter of child marriages and find ways how it could be dissuaded.

“I will bring the matter to the ministry,” she said.

Uda Sulai, who is also the Assistant Law and Natives Affairs Minister also shared her opinion, citing that people had different cultures and religion and hence, a thorough research must be done at ministerial level before the matter was brought to the cabinet.

Assistant Education and Innovation Minister Jenifer Lasimbang meanwhile shared that the child marriages were still quite common, particularly in places like Pensiangan.

She added that this was based on a study she conducted together with a colleague.

“My colleague thought it was custom that made the numbers high. We interviewed the young mothers and found that it is due to economic hardship,” she said.

She said that child marriages do not necessarily mean the girl marrying someone older. It may also mean a young girl marrying a young boy.

She went on to explain that in the interiors, marriages are not intricate and a simple ceremony of slaughtering a buffalo may already suffice to deem the couple married.

The study was carried out while she was with UNICEF between 2014 and 2016.

She stressed that researches must be done, not just to get the numbers but to look at the root cause of the issue.

She also said that the issue was not confined to single race, citing pregnancy and poverty as among the main causes for it.

“We need to know the root cause and find ways to stop it,” she said.

She added that young girls should be encouraged to be at schools and not be mothers when they are merely 14 or 15 years old.

“Most of the time, it is because they become pregnant, so it is to ‘hide the shame’. This happens not just in the rural areas but also here…we need to look at the entire situation,” she said.

As for the laws, Jenifer said that they were already in place to stop child marriages from occurring but stressed that unless the matter is embedded as part of our values and principals, it will not be resolved easily.