Tuesday, May 17
You are at:Home»News»Sabah»Christina backs ‘stop all sand dredging’ proposal 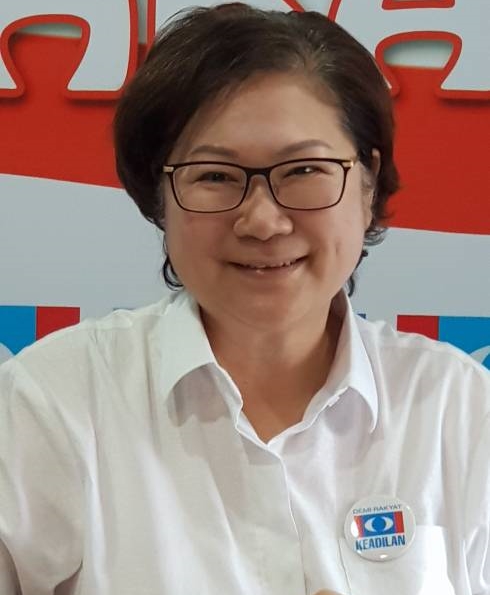 KOTA KINABALU: Tourism, Culture and Environment Minister Christina Liew has expressed her support to the proposal to stop all sand dredging activities in Sabah.

Speaking to reporters at the State Legislative Assembly yesterday, Christina said that the stoppage should be made, at least temporarily, since the operators were given licences to operate by the Lands and Survey Department.

She added that they wanted to know if the conditions set for the licensee holders were adhered to.
“Did they fulfil the conditions?” she asked.

Christina also mentioned that she visited the Papar River recently to investigate on sand dredging activities that were taking place.

She also visited the eroded road by the river and wanted to ascertain whether the sand dredging activities had something to do with it.

Environment Protection Department director Mohd Yusrie Abdullah explained to reporters that they would be investigating the cause of the erosion along the river.

“We were told that the operator (who operates near the eroded road) has ceased operation four months ago. It is difficult to ascertain whether the erosion is due to sand dredging. Hence, we will carry out river profiling and from there, we can analyse if the sand dredging operations adhered to the regulations set,” he said.

“Whether they possess TOL or Schedule B licences issued by the Assistant Collector of Land Revenue officer, all works must stop immediately,” he said.

Junz said those who disregard this order would risk losing their licences.

“I will instruct the Land and Survey Department to coordinate and carry out regular inspection so that these operators will not continue with their activities,” he added in a statement.

Junz also said his ministry through the Department of Irrigation and Drainage would conduct environmental study impact on the river in Keningau due to rampant sand mining activities for the last 20 years.

Previous ArticleNajib charged with CBT, abuse of power
Next Article Child marriages in Sabah among highest in country – Jannie