Friday, June 25
You are at:Home»News»Sarawak»Land Code amendment Bill to be tabled, but no mention of communal forest reserve 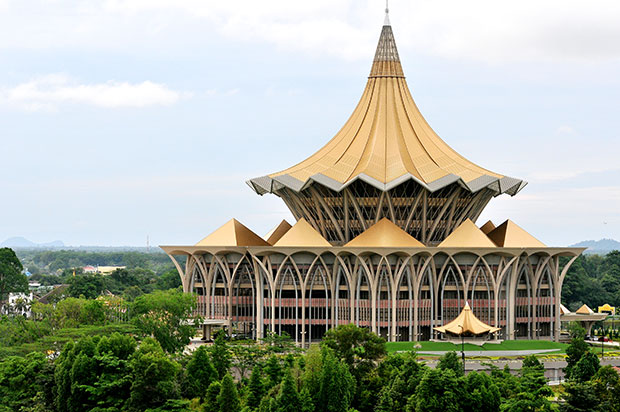 KUCHING: The much awaited amendment to the Land Code which is supposedly to define ‘pemakai menoa’ (territorial domain) and ‘pulau galau’ (communal forest reserve) will be tabled in the coming State Legislative Assembly sitting beginning July 9 to 18.

The proposed Land Code (Amendment) Bill, 2018 did not mention the two Iban terms but only appears to use the term “native territorial domain” instead of the Iban term “pemakai menoa” for its inclusiveness. There was no mention of communal forest reserve.

The Sarawak Government, in this Bill sighted by The Borneo Post today, is seeking to introduce two new sections and amend five sections in the Land Code which are all pertaining to NCR over land.

Among the amendments that attracts attention is the amendment of section 2 of the Land Code, which includes defining the “native territorial domain”.

According to the proposed Bill, the native territorial domain is defined as an area or territory (a) within or conjoining or immediately adjacent to an area where native customary rights have been created by the community in accordance to section 5 and (b) wherein members of a native community have from a date prior to the first day of January 1958, exercised usufructuary rights or preserved by them for such purposes: Provided that such area or territory have not already been constituted as communal forest under Part III of the Forests Ordinance, 2015.

The Bill also proposes to define “usufructuary rights” as the rights or privileges exercised or enjoyed by a native community over a native territorial domain to (a)forage for food including fishing and hunting; enjoy such rights or privileges exercisable by a native community in a communal forest constituted under Part III of the Forests Ordinance, 2015 or (c) carry out such activities which are expressly authorised in the native communal title issued under secton 6A(3) or a permit issued under section 10(3) but subject to the terms and conditions specified therein.

In the proposed new Section 6A, sub-section two, it is stated that any claim under sub-section one shall be made to the superintendent (of Land and Survey Department) in such form as may be provided by the director with all evidence in support of such claim. This is provided always any area claimed as native territorial domain shall not exceed five hundred hectares.

Sub-section three stated that if the director approves the claim, the superintendent shall issue a native communal title, describing the area as a native territorial domain, which shall be used exclusively by the native community for agricultural purpose or such other purposes as may be approved by the ‘Majlis Mesyuarat Kerajaan Negeri’ (state cabinet) and subject to any other terms and conditions that the director may impose.

Subsection four stipulated that in the event that the director rejects the claim, any person aggrieved by his decision may within thirty days from the date when decision of the director is conveyed to him, appeal to the minister who shall consider the appeal.

Sub-section six stipulated that any claim for a native territorial domain shall not be made or allowed in respect of any area or land where, before the coming into force of this section, there is a final decision by a court of competent jurisdiction that no usufructuary rights have subsisted or have been lost or abandoned by members of the native community making that claim.

The proposed Bill also seeks to introduce a new section 209G, “Power to investigate”, to enable an officer authorised by the Director of Land to also exercise all the powers of the police relating to investigation into offences as provided in the Criminal Procedure Code.