Thursday, July 2
You are at:Home»Sports»Football»England set up Croatia World Cup semi as Russia crash out 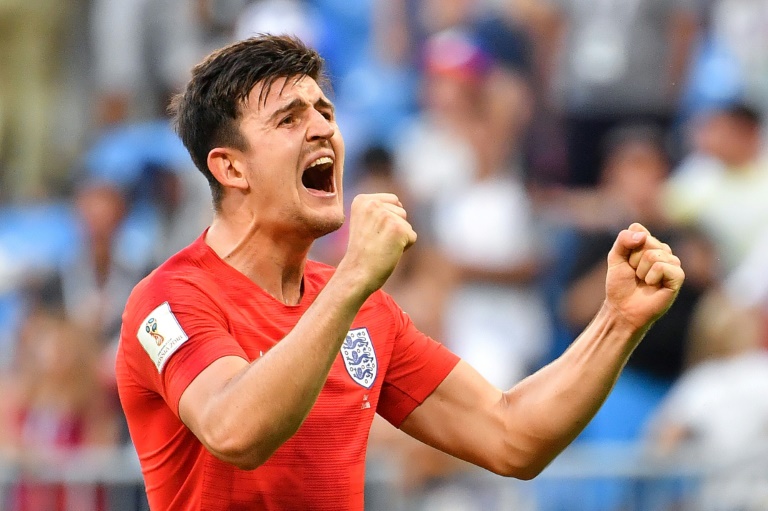 England reached their first World Cup semi-final since 1990 on Saturday, comfortably beating Sweden to set up a last-four clash against Croatia, who ended Russia’s fairytale run in a nailbiting penalty shootout.

Gareth Southgate’s young team started their match in Samara as firm favourites and had too much for the Swedes, although they were indebted to another fine performance from goalkeeper Jordan Pickford in a 2-0 win.

But the later game in Sochi was packed with drama as Russia — the lowest-ranked nation at their own tournament — refused to die despite enjoying just 36 percent of possession against a superior Croatian team led by Luka Modric.

Croatia thought they had won the match when Domagoj Vida rose to nod in a corner in the first period of extra time after the sides were locked at 1-1 at the end of 90 minutes.

But refusing to let the dream come to an end, Mario Fernandes headed home from a free-kick with just five minutes remaining to infuse the home fans with renewed belief.

Russia, who beat Spain on penalties in the last 16, failed to convert two of their spot-kicks, leaving Barcelona’s Ivan Rakitic with match point and he made no mistake, sealing a 4-3 win.

“Another drama for us,” said Modric. “We didn’t play well in the first half, we didn’t control the game as we wanted.

“From the start of the second half we played much better, but unfortunately we couldn’t finish the game. We showed the character again.”

Croatia, who last reached the semis in 1998, now face the challenge of trying to recover in time to play England in Moscow on Wednesday after their second consecutive penalty shootout drained their players of energy.

England’s progress earlier in the day was much more serene.

Leicester defender Maguire headed in the opener from a corner on 30 minutes — England’s eighth goal from a set-piece at the World Cup — with Alli adding a second, also from a header, just before the hour.

Man-of-the-match Pickford made three outstanding saves to keep Sweden at bay, further burnishing a reputation that has grown throughout the tournament.

“It’s a great achievement for the team, we owed it to the fans back home who believed in us,” said Alli.

“It’s always nice to score, especially on occasions like this. It’s an amazing feeling to be going to a semi-final at a World Cup.”

The tournament’s leading goalscorer Harry Kane failed to find the net for the first time in the competition, but the England captain said confidence was high after posting the country’s best run at a major tournament since Euro ’96.

“We’re buzzing. We know there is still a big game ahead, but we’re feeling really good,” he said.

As England basks in a long heatwave, life came to a standstill for the match, with fans watching the game on big screens at events up and down the country.

“You wanted to make history @England and you are doing just that,” he tweeted. “This has been an incredible #WorldCup run and we’ve enjoyed every minute. You deserve this moment – Football’s Coming Home!”

Even if Southgate’s team reach the final, William will not attend the match because of Britain’s diplomatic boycott of the World Cup in Russia over a nerve agent attack in England this year.

Neymar has expressed his anguish after Brazil’s 2-1 defeat by Belgium on Friday.

“I can say it is the saddest moment of my career, the pain is great because we knew we could get there, we know we had a chance to go far, to make history…. But it wasn’t to be this time,” he wrote in an Instagram post.

The disappointment follows Brazil’s humiliating 7-1 loss against Germany in the semi-finals four years ago, when they hosted the tournament.

Next up for Roberto Martinez’s Belgium is a mouthwatering semi-final against France on Tuesday in Saint Petersburg. France comfortably beat a Uruguay side shorn of the injured Edinson Cavani to back up their thrilling victory against Argentina in the previous round. – AFP