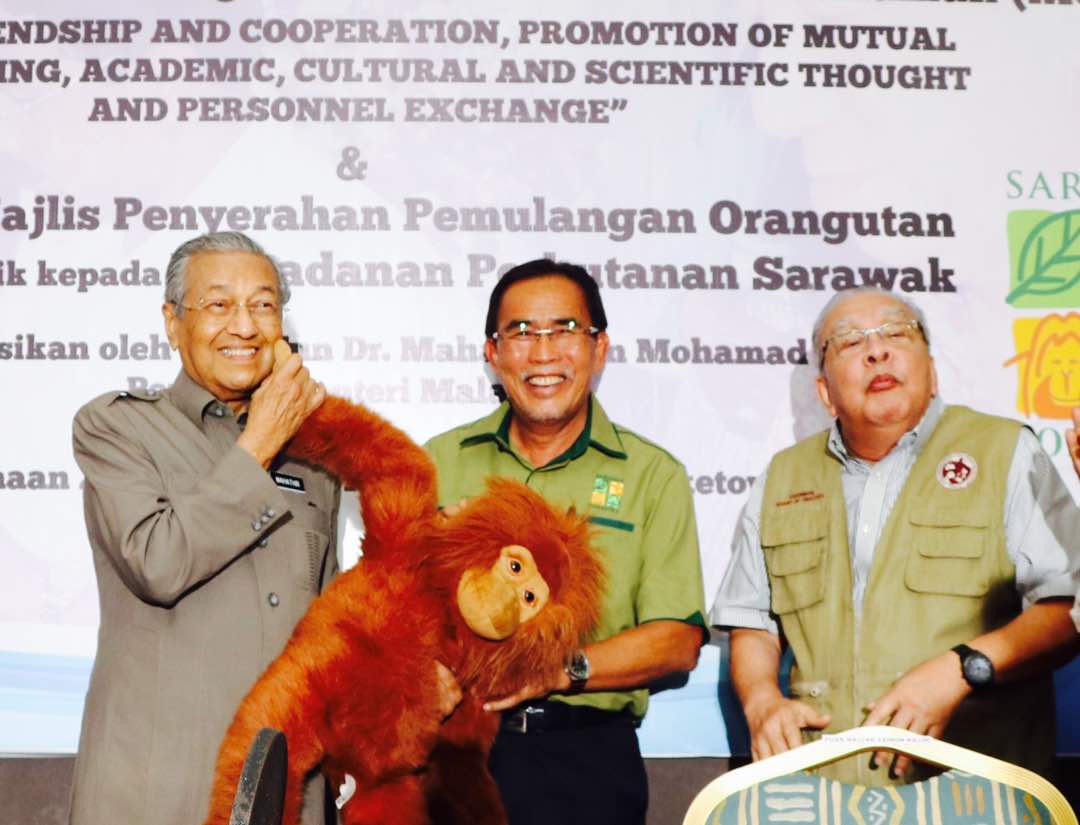 Dr Mahathir (left) and Len Talif (second left) share a light moment as they hold a plush model of an orang utan during the symbolic handing over ceremony.

KUCHING: Two orang utans, which were products of a successful ex-situ conservation in Bukit Merah Lake Town (BMLT) theme park in Perak, will be ‘returned’ to Sarawak soon.

Len Talif, in the statement, said the repatriation of the two male orang utans to Sarawak is a timely exercise as this will allow diversity of genetic materials to the state’s semi wild population.

According to the statement, Sarawak government signed a memorandum of understanding with BMLT, Perak in 2000 to transfer on loan four orang utans to promote ex-situ conservation, research and public education.

Today, BMLT has a total of 21 orang utans including their offsprings, reflecting a success story of ex-situ conservation.

The statement added BMLT and SFC will continuously collaborate on orang utan research and monitoring to realise the viability of these semi-wild populations.

“Orang utan is a Totally Protected Species under the Wild Life Protection Ordinance, 1998 and has been accorded protection under Sarawak’s law dated back to the 1940s.

“On the rehabilitation front, Sarawak have Semenggoh and Matang Wildlife Centres,” it said.

It added that Semenggoh Wildlife Centre was established in 1975 mainly to care for and rehabilitate confiscated or surrendered orang utan and other wildlife.

“Semenggoh has successfully released 11 orang utans which has produced 24 offsprings and now into its third generation, thus a need for introduction of individuals to reduce inbreeding in the population,” it said.