Friday, August 7
You are at:Home»News»Sarawak»HFMD situation in Sarawak below warning level – Health Dept 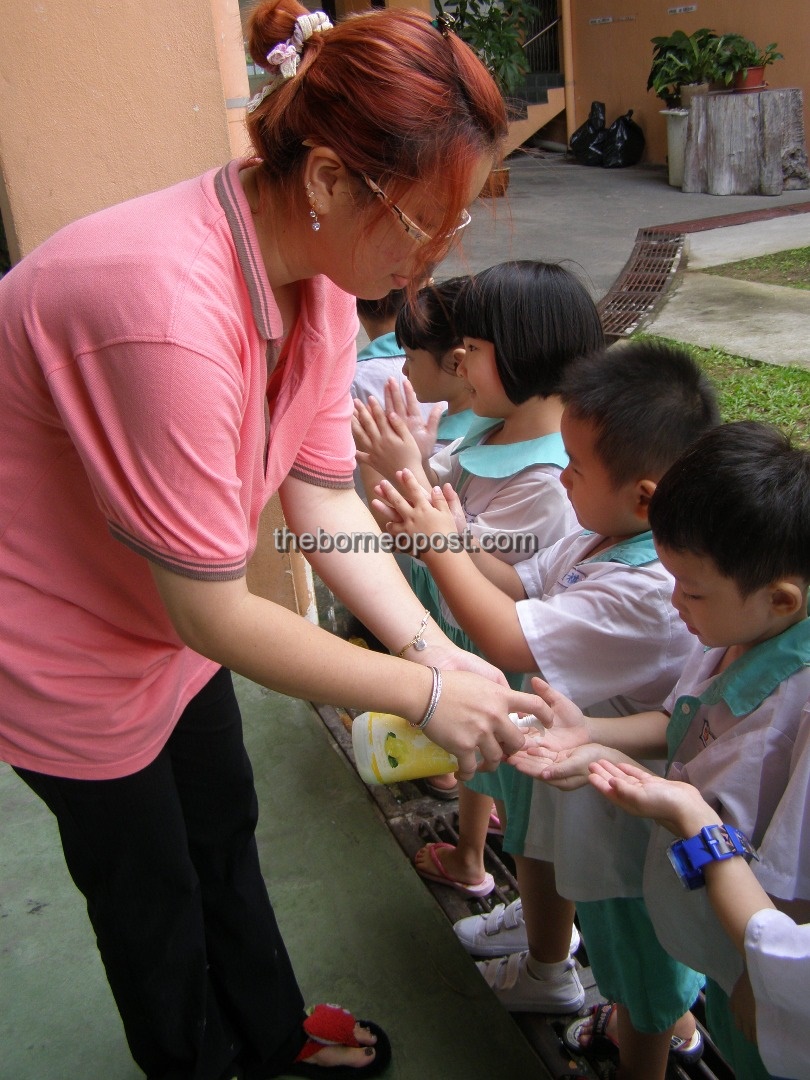 SIBU: The hand, mouth and foot disease (HFMD) situation in Sarawak is currently below warning level with the cumulative cases recording a drop thus far this year.

Sarawak Health Department in a statement here today, said there were 3,514 cases recorded until epid. (epidemiology) week 27 (July 8) this year, compared to 6,432 cases in the same period last year.

“Although there is a drop in term of number of cases this year (in Sarawak), weekly cases recorded in the past weeks are higher than that of the weekly cases for 2017, necessitating for the public to be vigilant and take precautionary measures so as the HFMD situation will not breach the alert line,” the department added.

It also stated that a total of 23 schools/kindergartens had been closed till EW27, 2018 and all of the institutions had since been reopened.

In giving advisory to parents, the department emphasised the importance of maintaining high standards of personal and environmental hygiene to minimize the risk of HFMD at all times.

The statement by the Sarawak Health Department was issued following Health Ministry director-general Datuk Dr Noor Hisham Abdullah’s statement today that a total of 27,296 cases of hand, foot and mouth disease (HFMD) were reported nationwide as of June 30, up 28 per cent from the same period last year.

He said all states except for Johor, Sabah and Sarawak had exceeded the warning level.

“The warning level is based on the average number of HFMD cases in the past five years and the value varies according to the number of cases in each state,” he said in a statement carried by the national news agency Bernama.

Dr Noor Hisham said to date, 341 nurseries, kindergartens and pre-schools throughout the country had reported HFMD clusters at their premises, which accounted for 50 percent of the cases reported this year.

It was reformed that HFMD has forced the total closure of two schools – Sekolah Jenis Kebangsaan Cina (SJKC) Shih Chung (Cawangan) and Sekolah Antarabangsa Tenby – in Penang for 10 days.

HFMD is a disease caused by viruses Coxsackie A16 and Enterovirus 71, which are transmitted through direct contact with the nasal fluid, saliva, blisters and stool of the affected individual.

Among the symptoms of the disease are fever, rash or blisters on the palms and feet as well as ulcers in the mouth and on the tongue.