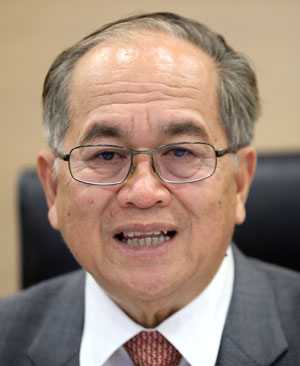 SIBU: Native community leaders should help the government to explain to the people that the State Land (Amendment) Bill 2018 concerning Native Customary Right (NCR) lands will greatly benefit them as the landowners.

The bill was passed on Thursday during the current sitting of the State Legislative Assembly.

He said this when officiating at the ‘Gawai Ngiling Bidai’ (celebration to mark the closing of the Gawai Dayak Festival) organised by the Sarawak Dayak Youth Organisation (Pebedas) here Saturday night.

Uggah regretted that the amendment had not been well understood and had been politicised by many quarters including politicians to confuse or to cause anxiety to the community and, thereby, incurring their wrath.

As a matter of fact, he  said the amendments had allowed better recognition of the ‘Pemakai Menoa’ and the ‘Pulau Galau’ under the law.

“The ‘Pemakai Menoa’ size limit had now been increased to 1,000 ha and the title granted in perpetuity and free of premium, rent or other charges,”

He added the community would actually own the land and could use them as against the misconception that they were the owners but could not use them.

“Of course, we will not allow them to be sold off. If the owners concerned want to develop them for oil palm or rubber plantations they should inform the government,”he said.

Uggah said the amendment too proved that the state administration under the leadership of Datuk Patinggi Abang Johari Tun Openg listened to the people’s concern.

“The amendments took us one and a half years to prepare. It had been a most arduous work involving many community leaders and dayak professionals with many views and input,” he said.

Meanwhile on Pebedas, he  advised the organisation to  play its role in helping rural youths migrating to the cities and towns in search of jobs and better livings in facing the multi-faceted challenges in their paths. — Bernama