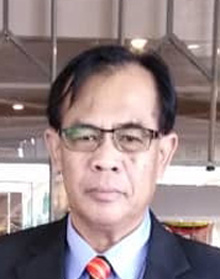 KUCHING: Kapit Hospital is in dire need of more haemodialysis machines for the treatment of kidney patients in Kapit Division.

In saying this, Bukit Goram assemblyman Jefferson Jamit Unyat stated that currently the hospital has 13 such machines.

He is thus appealing to the relevant authority to look into the matter.

Jamit made this request at the State Legislative Assembly (DUN) when participating in the debate on the motion of thanks to the Yang Di-Pertua Negeri Tun Pehin Sri Abdul Taib Mahmud’s address.

He also highlighted the need for the government to construct an exit road at the Kapit hospital.

“Apart from asking for more haemodialysis machines, there is also the urgent need for the government to provide the fund to construct an exit road at the hospital to ensure free traffic flow to and from the hospital,” he said.

“The government has approved the proposed construction of rural roads; namely Jalan Sungai Menua and Jalan Sungai Ibau, Kapit. Hence I would like to know the current status of the said projects and hope that the proposed projects could take off as soon as possible for the benefit of the people,” he said.

He added that he too would like to know the status on the construction of the vocational school for Kapit.

He pointed out that all these projects are the ones that people are looking forward to.

Jamit also asked about the delay in the implementation of Rural Electrification Supply Scheme (RES) projects in several rural areas.

“I wish to know the current status of the implementation of the RES projects in my constituency where submarine cables have been laid across Rajang river in the year 2017 to provide electricity supply to the longhouses at Belawai, Rumah Kayan at Nanga Dia, Rumah Jambon at Nanga Ensilai and Rumah Richard Unggat at Nanga Stapang, Kapit,” he emphasised.

The existing sports facilities located at Jalan Airport are no longer adequate to cater for the needs of sports activities carried out by schools, local clubs and associations and government sports activities such as Maksak football league, he lamented.