Tuesday, April 13
You are at:Home»News»Sabah»1,605 cases HFMD registered in Sabah 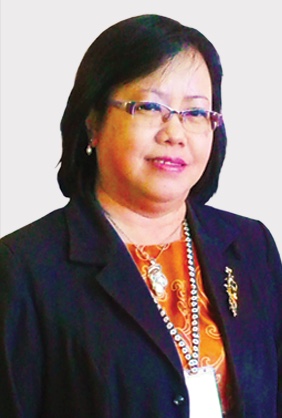 KOTA KINABALU: Sabah has registered 1,605 cases of Hand, Foot and Mouth disease (HFMD) up until 14 July, this year.

According to Sabah Health Department Director, Datuk Dr Christina Rundi, an average of 58 cases are reported every week.

She also said that there is a five percent drop in the number of cases as compared to the same period last year.

There are cases of Hand, Foot and Mouth disease at all districts in the State.

About 97.8 percent of the cases involve children who are 12 years old and below.

She also said that the number of cases involving males (899 cases) are higher than females (706 cases).

The incidences of the Hand, Foot and Mouth epidemic up until 14 July 2018, however, exceed that of last year.

A total of 45 epidemic episodes have been recorded by the department.

“A HFMD epidemic means there are two or more cases recorded within the same locality and incubation period. The hike in the epidemic is similar to those throughout the country,” she said.

Among the early preventive action taken by the Sabah Health Department are to close down Early Childhood Learning Centres such as kindergartens, she said.

A total of 10 of such centres were ordered shut for a period of 10 days to stop the spread of the disease and to clean up the premises.

Dr Christina also advised parents with children who are showing symptoms of the disease to abstain from bringing their children to public places, to school and daycare centres; to bring children with HFMD symptoms for medical treatment; to discard of napkins properly and to wash their hands with soap and clean water; to use chlorine based liquid to clean the child’s belongings and toys and particularly the toilet; and separating the plate, cup, spoon and fork used by the affected child.

The same practice must be applied by the Early Education Centres affected by the disease.

The HFMD is causes by several types of viruses that infect children. The virus is spread through contact with the affected person’s saliva, blister and infected stools.

The incubation period for the disease is 35 days and the symptoms of a mild infection are fever, blisters on ones’ hand, feet, mouth and tongue.

Most of the HFMD patients are cured without any medical treatment between seven to 10 days.

Nevertheless, children may suffer from serious implications of the disease such as infections to respiratory organ, vomiting, diarrhea and lack of appetite.

Infection of the EV71 virus can cause serious complications such as encephalitis, pulmonary edema and myocarditis, although this seldom occurs.

“Although most patients suffer only mild symptoms, the rate of infection is often 100 percent for children who are less than 10 years old, especially at premises such as kindergartens,” she said.

Previous ArticlePopular restaurant in Sibu ordered to close for being ‘unhygienic’
Next Article Catamaran tragedy: accused to enter defence on on Aug 27-30