Saturday, August 15
You are at:Home»News»Sabah»Govt to build two new medical facilities in Sabah 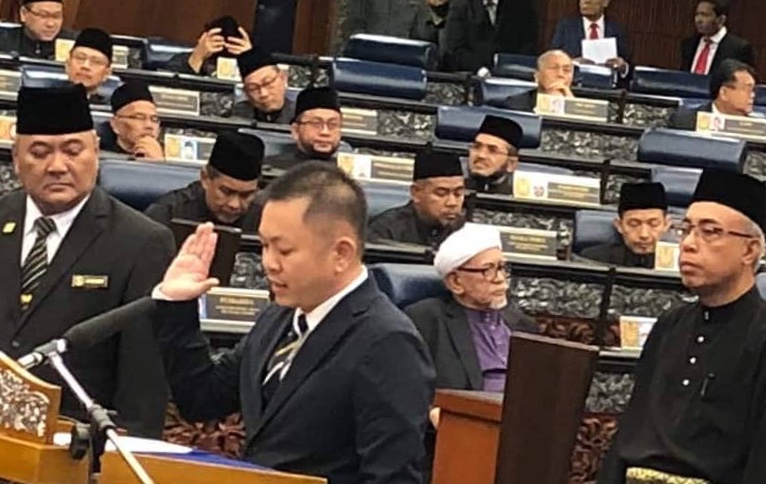 Chan taking his oath as Kota Kinabalu Member of Parliament at the swearing in ceremony on Monday.

Its minister Dr. Dzulkefly Ahmad disclosed that the two facilities are the Klinik Kesihatan Penampang and the Sabah Dental Specialist Centre.

Dr Dzulkefly said that the Klinik Kesihatan Penampang project has been approved and is now in the implementation process.

“Phase One of the project was completed on June 1 2015, Phase Two will be implemented soon,” he said adding that once completed the medical facility will be offer out patient, emergency, dental, radiology and pathology services to the public.

The Dental Specialist Centre is now in the pre-construction phase and the tender process for the project will be in December, Dr Dzulkefly said.

The centre will provide specialist service in orthodontic, periodontics, restorative and public health, he said in his reply to Chan who wanted to know about the health and medical service in the state capital that is provided through hospitals or clinics.

“Health is an important sector which the new government must focus on,” he stressed.

Chan pointed out that the Sabah Government, in its effort to improve health services in the state has set up a new ministry, namely the Health and People’s Wellbeing ministry headed by Stephen Wong.

“It is my hope that the two new projects will be monitored and supervised by the state’s Health and People’s Wellbeing ministry,” he said.