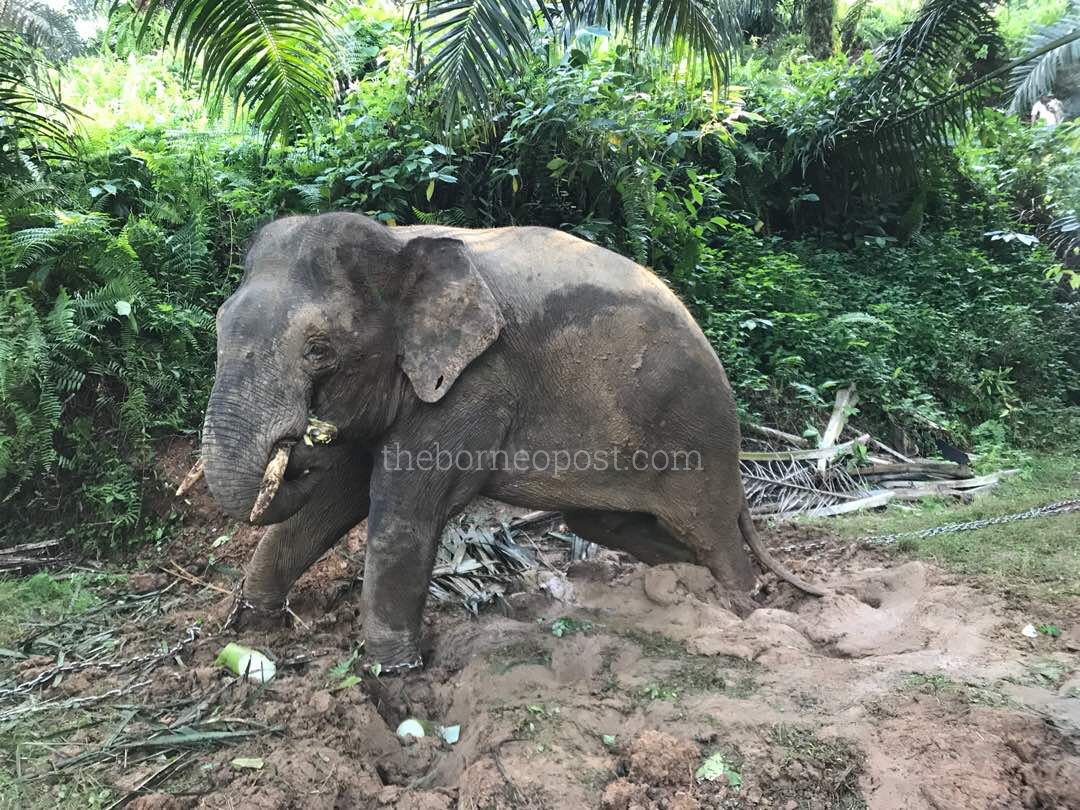 The captured elephant bull that will be translocated to a forest reserve located far from Kg Ulu Muanad.

KOTA KINABALU: An elephant bull has been captured and will be transferred out from Kg Ulu Muanad, Beluran, to a distant forest reserve.

According to Sabah Wildlife Department’s spokesperson, Siti Nur’ain Amp Acheh, the elephant bull was captured after two weeks of tracking its movement.

She said that there are still three elephants remaining in the area and that SWD hopes to capture and translocate them as soon as possible out of the area.

She explained that human-elephant conflict in Ulu Muanad has been an issue since November, 2015.

The damages caused by the elephants at the area were estimated to be nearly RM200,000 per annum.

The Sandakan Wildlife Office has been working closely with the community at Ulu Muanad, The Forest Trust (NGO) and IJM Plantation in Ulu Muanad since 18 November, 2015 to address the human-elephant conflict there.

The Forest Trust and IJM Plantation has formed a team comprising of youths from Kg Ulu Muanad to assist the department to mitigate the conflict.

Training and workshops have been conducted to prepare the team for the task.

The full cooperation from the team and the fund provided by the Forest Trust and IJM Plantation as well as the local community in Kg Ulu Muanad have helped eased the human-elephant conflict there and SWD is grateful for their support.