Friday, August 14
You are at:Home»Features»Traditional swing of the Melanau 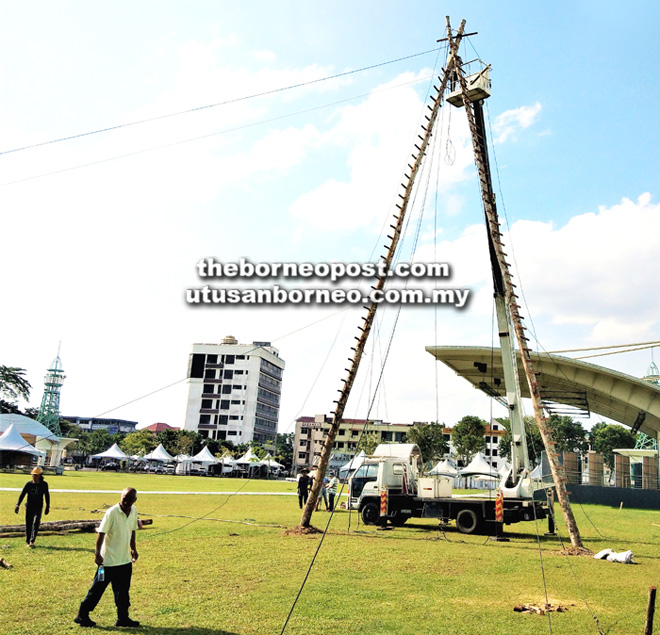 The Itut viewed from a different angle.

The towering structure, holding the swing, is itself over 50 feet tall.

Riding the Itut offers an unforgettable experience – hoisting the rider up high in the air in one direction, then down and up again in the other direction – like a giant pendulum.

For the record, Minister of Tourism, Arts, Culture, Youth and Sports Datuk Abdul Karim Rahman Hamzah tried out the swing while officiating at the Borneo Cultural Festival (BCF) last year. 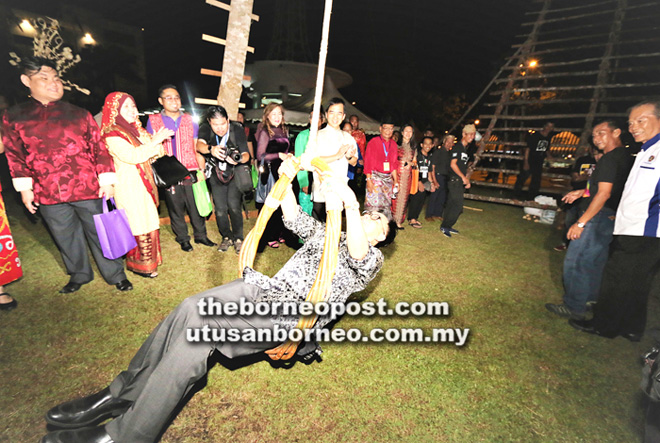 Sahari Ubu, who is in charge of constructing the Itut at Sibu Town Square Phase 1, said it’s very safe to ride.

The former community leader assured all the safety measures are in place and a demonstration would be held before the public is allowed to get on.

The Itut is one of the distinctive features at this year’s Borneo Cultural Festival from July 19 to 28, and was a crowd puller in the 2017 event.

The 53-foot tall Itut with a high-rise building in the background.

According to Sahari, the present structure stands 53 feet tall, higher than the one constructed last year.

“The wood itself is 53 feet in height and the swing about 29 feet. We want to build it higher this year to have a longer oscillating momentum for people to enjoy. If it’s shorter, it will slow down after a few swings. So the taller, the better,” Sahari told thesundaypost at the site.

The main structure consists of components that include ladder steps, a rotan swing and structural support wires.

Sahari said the swing was jointly put up by the Melanau Welfare Association of Kampung Nangka Sibu (PKMKNS) and the Kampung Nangka Security and Development Committee (JKKK).

“This is the traditional swing of Kampung Nangka Melanau. We all will feel very proud when it’s raised for the public to view and ride later,” he said, adding that the initial intention was to construct a 60-footer.

Sahari noted that the construction of the Itut represented a form of achievement for the whole of Sibu.

“Indeed, as a Melanau, I feel very proud to retain this type of traditional activity for the future generation.”

He thanked the Sibu Municipal Council (SMC) for providing all the necessary support.

“This year, we don’t have enough manpower. For safety reasons, we need a mobile crane to set up the structure. 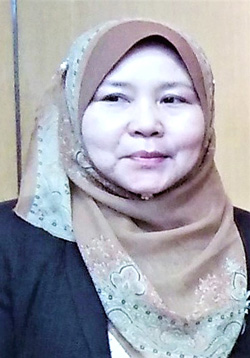 “And here, we highly appreciate the support of SMC.”

He revealed it’s customary for a ceremonial ritual to be held before opening the swing to the public. And for this year’s BCF, he added, the playing hours would be limited as “we don’t want people to stay up too late.”

Sahari explained there are three types of Melanau swings, each with a different name, in Sibu, Mukah and Oya.

“The swing is called Itut in Sibu while it has its own name in Mukah and Oya. Although the swings come in different shapes, their function is the same.”

Sahari admitted it’s not easy to obtain the wood to construct Itut these days.

“The wood must be neither soft, or else it will break, nor too hard as to increase the weight. It must be just right and it’s not easy to find this type of wood nowadays.

“Moreover, the wood must be mature, if not it can break. Safety is our top priority.” 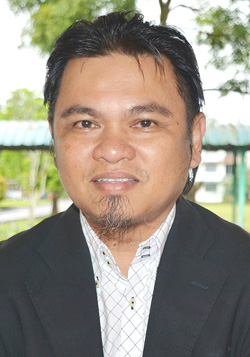 He hoped the Sibu community would fully support efforts to preserve the Itut as a Sarawakian tradition and heritage, pointing out that it’s important to keep this unique hanging seat for posterity.

Meanwhile, SMC deputy chairwoman Rogayah Jamain said the Itut would certainly be a crowd puller, adding that its operations would be the same as last year.

“Players will have to register their names to ensure they don’t rush to climb up the structure.”

He said these included putting up the BCF arch and inviting foreign cultural troupes to perform – apart from the wide variety of delicacies on sale.

“Saberkas Nangka has been participating in the Festival since 2010 and offering various food items, including burgers, fried food and drinks. Sales are improving each year.”

The Borneo Cultural Festival was first staged in 2002 to showcase the diversity of colourful cultures, heritage and ethnicities of Sarawak.