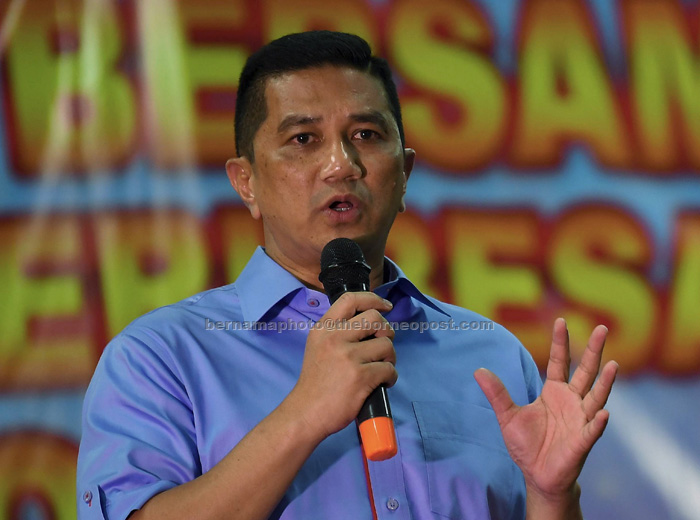 Azmin said the implementation of the proposal will take time as the provisions of the Act need to be amended first.

“The proposal cannot be carried out (now) as it contravenes the Petroleum Development Act (PDA).

“For this to be done (20 per cent royalty), it will take time as amendments need to be carried out on the PDA,” he was quoted by the New Straits Times as saying during the question-and-answer session at the Dewan Rakyat this morning.

He was answering a question from Datuk Seri Panglima Madius Tangau (UPKO-Tuaran), who asked when the federal government could implement the 20 per cent royalty promised to oil-producing states.

New Straits Times further reported Azmin as saying that the Act fixed the oil royalty at 10 per cent of net profit to the federal government and oil-producing states.

“Petronas makes this payment twice a year, in February and August. The 10 per cent cash payment is the gross value per barrel at market value.

“Payment is made regardless of whether oil production at the (drilling) site is profitable or not.

“From this value per barrel, 70 per cent from the gross production of oil and gas is actually the cost of recovery that is borne by Petronas,” he said, adding that the oil company is further saddled by other necessary payments like the Petroleum Income Tax Act.

Azmin added that PDA clearly states that the giving of royalty requires an agreement from oil-producing states.

He said, therefore, the federal government needs to sit down and discuss with oil-producing states first before there can be an increase in oil royalty.

On a related matter, Azmin said the proposed 20 per cent oil royalty needs to be based on net profit rather than gross production in order to avoid adverse financial impact on both Petronas and the federal government.

“If Petronas have to pay oil royalty of 20 per cent based on gross production, it would have an adverse impact on the finance of Petronas and the federal government,” he said.

This elicited heated attempts by several members of parliament from oil-producing states Sarawak and Kelantan to put forward additional questions to Azmin.

Datuk Seri Mustapa Mohamed (BN-Jeli) asked Azmin whether the voting pattern in the oil-producing states during the 14th General Election was based on the understanding that Pakatan Harapan’s 20 per cent oil royalty promise was based on oil production.

Azmin answered that it is not relevant as the people have faith in PH promises being implemented, reiterating that the government would sit down with oil-producing states to iron out the issue.

When other MPs from oil-producing states like Datuk Zakaria Edris (BN-Libaran) and Datuk Seri Nancy Shukri (PBB-Batang Sadong) stood up and demanded to raise additional questions, Speaker Datuk Mohamad Ariff Md Yusof told the House that this is a question-and-answer session and not a debate.

He asked the other MPs to save their questions until the matter comes up for debate later.

Sarawak is currently receiving five per cent in oil royalties from the federal government. In the 14th General Election, Sarawak was promised 20 per cent oil royalties in Pakatan Harapan’s manifesto.

In 2014, the Sarawak Legislative Assembly unanimously passed a motion to request an increase in oil royalties from the federal government.